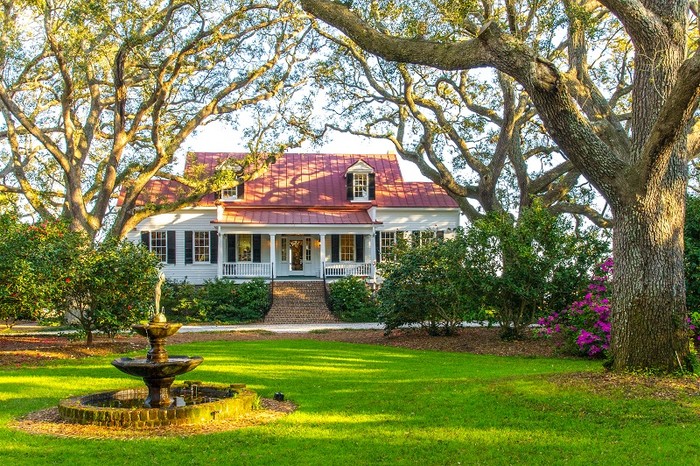 Secessionville Manor, a 19th-century, historically significant estate on James Island, is on the market for the first time in almost 30 years. Andy Jones of William Means Real Estate is representing the trust in the sale of 1687 Fort Lamar Road for $3,550,000.

Secessionville Manor is a three story, wooden frame raised plantation cottage accessible by a private driveway and surrounded by 300-year-old oak trees. Located at the end of Fort Lamar Road on James Island, this historic home was built in 1820 in the Greek Revival style. It was likely built as a summer home for Rawlins Rivers and his wife, Zephrine A. Holmes, middle-class cotton planters of James Island.

The house fronts Secessionville Creek, formerly known as Savannah Creek. Northeast of the house was a steamboat landing, which provided village residents easy access to Charleston and its cotton warehouses. The house was used as a hospital for wounded soldiers during the Civil War. Later in 1865, it was occupied by Freedmen and may have been used as a Freedmen's school, according to "Jewel of the Cotton Fields: A History of Secessionville Manor" by Richard N. Richard N. Côté.

The most recent owners are the late James Ferguson and his wife Esther Ferguson, two Charleston philanthropists.  James Ferguson was the retired chairman and CEO of General Foods Corp.

“The Fergusons have maintained this home beautifully,” Jones said. “It’s a grand home with some of the most beautiful gardens and grounds in Charleston. Add to that its significant historical importance, and it’s a true Charleston gem.”