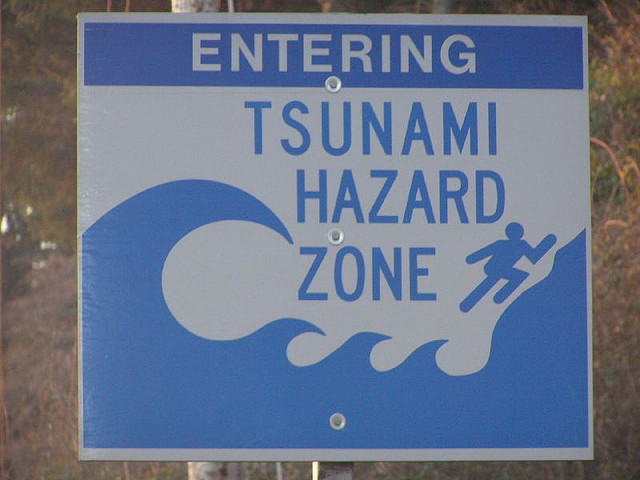 It's National Tsunami Awareness Week and while we're at a low risk for tsunamis, the fact remains that we live at the beach and there has been seismic activity out in the Atlantic in the past.  It never hurts to prepare for this or any other coastal emergency.

Around 9:04 AM EDT on Wednesday March 28, 2012, the West Coast/Alaska Tsunami Warning Center will send a test Tsunami Warning message replicating a tsunami generated by an earthquake that triggers a submarine landslide (slump) off the South Carolina coast.

The slump will replicate a similar event that occurred off the Grand Banks on Nov 18, 1929, which caused extensive damage to coastal Newfoundland and killed 28 people.  An event like this would be characterized by a series of fast moving 6-9 foot waves (depending on bathymetry along the coast) that will run up into the dunes. The waves will create dangerous currents as well, but would primarily impact the beaches and inlets directly.

In conjunction with the test warning from the West Coast/Alaska Tsunami Warning Center the National Weather Service will activate a test tone alert of NOAA Weather Radio All Hazards via the Routine Weekly Test Message immediately upon receipt of the warning. This test will only tone alert the coastal NOAA Weather Radio All Hazards transmitters.  As a result of the exercise, the National Weather Service and its partners will be able to test the lines of communication for a tsunami event, which would be critical during an actual warning to effectively evacuate the beaches and get people to high ground.

Although East Coast tsunami events are rare, they have happened before along the East Coast and a variety of sources exist, including meteorologically induced (Daytona 1992), landslides (Las Palmas in the Canary Islands), submarine landslides (Grand Banks and the Currituck Slump), tectonic/seismic faults (Puerto Rican Trench, Azores-Gibraltar Fault), and asteroid impacts. A submarine landslide that occurred off Currituck thousands of years ago was determined to produce an 18 foot wave that over-topped dunes on the Outer Banks.