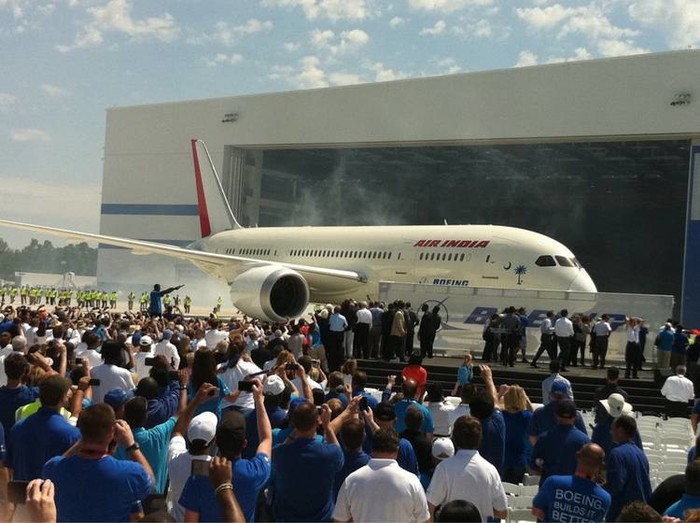 Update June 11: South Carolina’s first Dreamliner returned to the Lowcountry on Sunday night from Fort Worth, Texas, looking sharper than ever with a new paint job.

I'll point you over to the Charleston Regional Business Journal for a look.

The first North Charleston-assembled 787 took off on Wednesday at 12:01 p.m. for a brief trek up the South Carolina coast, passing Myrtle Beach, and a few trips up and down the atlantic for testing — you can see the flight path here — before landing back at Charleston at 3:45 p.m.

Scroll down to the bottom for a shot of the plane up in the air.

Update May 23: In a tweet, Boeing has announced that the 787 Dreamliner is expected to fly today.

First reporting: The first North Charleston 787 Dreamliner has been completed since April, but it's expected to take to the skies on Friday, May 18.

Boeing is setting to fly the first Charleston built 787 this Friday. Randy Neville, a Boeing 787 test pilot fresh from the 787 World Tour flew ZA003 from St. Louis today then left for Charleston in order to take ZA237 (LN46) on its first flight scheduled for May 18th. Randy was on ZA001 when it went up on its first flight on Dec. 15, 2009.

The plane is expected to be delivered to Air India in June. [Photo by City of North Charleston]