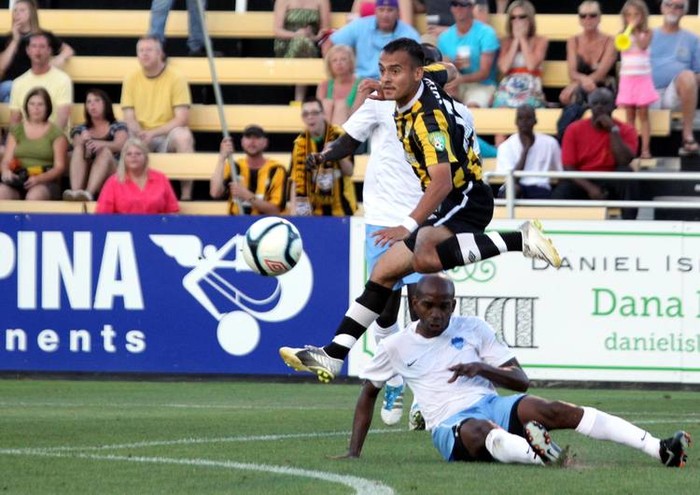 The Charleston Battery defeated the Los Angeles Blues 1-0 on Saturday night at Blackbaud Stadium in front of 4,344 fans.

Captain Colin Falvey scored early in the match to lift the Battery to a victory.

With the win the Charleston Battery (5-2-0) stay in the number three spot in USL PRO standings with 15 points.

"Our defense did well, you can see the guys weren't as sharp as we have been because of that nine day lay off," said Battery Head Coach Mike Anhaeuser "but we will take the three points."

The deciding goal came in the 14th minute when the Charleston Battery was awarded a free kick 40 yards out. Jose Cuevas bent the ball onto the top of the box to find captain defender, Colin Falvey who fired a header in the upper right corner of the net past Blues goalkeeper, Amir Abedzadeh.

As the game wore on each team had some chances but Falvey's lone goal and strong Battery defense proved to be the difference.

The Battery returns to USL PRO action with a three game road swing starting Thursday, May 31, at the Pittsburgh Riverhounds.