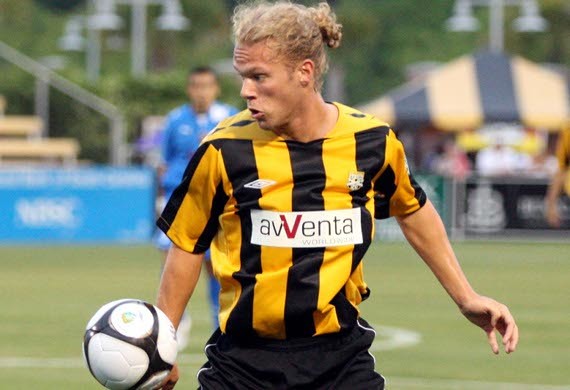 Players interested in applying for the trials should complete the online registration form. The cost for each trial camp is $150 and includes dinner on Friday night in the Three Lions Club.

Here's further details on what players should expect from the team trials:

The first session is scheduled for December 10 – 11, a second trial will be held on January 28-29, 2011 and the final trial February 18-19, 2011. The Charleston Battery has consistently used its trials as a source for identifying new players and in recent years has signed numerous players through this process including – Tsuyoshi Yoshitake, Brandon Massie, Zach Prince, Aaron King, Mike Richardson, and Louie Rolko.

This year there will be one additional week of trials due to the large number of requests for trials in previous years. The December and January trials are open to all via the application process, the February trial players are selected by invitation only.

For more information on the Charleston Battery, here's a link to the team's official website.