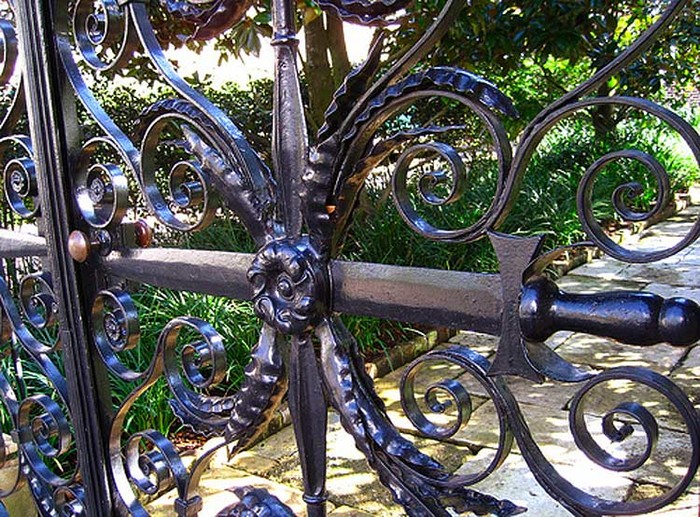 Image by Flickr user found_drama Image by 20090731-sword.jpg The Sword Gate home gets its name from, you guessed it, the sword in the gate.

The asking price for the historic Sword Gate House will shatter records if it's sold.

The Sword Gate House is on the market for a shy $23 million.

Here's a bit about the home from the Preservation Society of Charleston, in part:

Legare Street is named for goldsmith Solomon Legare “the Huguenot,” who built the first house on this property. Before the lot left the family in 1803, his descendants had become wealthy plantation owners and commission merchants.

This large U-shaped house was built in at least four stages. The earliest section (front right) is part of the eighteenth century dwelling that replaced Legare’s original house. Merchants Jacob Steinmetz and Paul Lorent retained this three story, one room wide section when they constructed what is now the central portion ca. 1803. By 1818 they had added long brick wing (left), which boasts one of Charleston’s most elegant ballrooms, and the separate kitchen house facing Tradd Street. In about 1849 George Hopley added a rear wing to the right side.

The Post and Courier has a full write-up on the home and its going on the market.

If you want to dig deeper, check out the real estate listing and its photo gallery.

Oh, and the current record for the most expensive Charleston home sold is a shy $7.4 million.