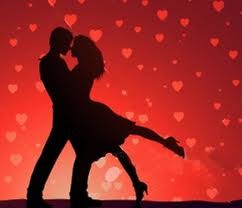 “Affection is responsible for nine-tenths of whatever solid and durable happiness there is in our lives.” C. S. Lewis, 1898-1963

C. S. Lewis, author of the much loved children’s classic series “The Chronicles of Narnia,” taught English literature at Oxford and Cambridge. Lewis had a wide circle of friends and valued relationships. Returning from service in World War I, he honored a pact he had made with a friend who had been killed during the war and cared for the friend’s family. As we near Valentine’s Day in Charleston, Lewis’s perspective seemed a fitting sentiment.

Catholic Pope Gelasius established St. Valentine’s Day in 496. It is based on the legend of St. Valentine, a Christian priest during the reign of the Roman Emperor Claudius II.  Claudius, called Claudius the Cruel, was unhappy that so few young men were showing up for his wars and decided they weren’t coming to fight because they didn’t want to leave their wives and girlfriends. To remedy the situation, he announced a ban on marriage. Claudius was also busy persecuting Christians. St Valentine, a Christian priest, thought the marriage ban ridiculous and continued to perform secret marriages and also worked to help Christians escape persecution.

Claudius soon found the renegade priest and threw him in prison. While in prison, Valentine converted his jailer to Christianity after restoring the sight of the man’s blind daughter. One version of the story has St. Valentine then falling in love with Julia, the jailer’s daughter. Before his execution for refusing to renounce his faith, he sent Julia a note signed, “From Your Valentine.” The date of his execution and of the love note was February14.

The saga of the young priest, who was tortured and killed for trying to protect love and marriage and for his Christian beliefs, has intrigued writers for centuries. We were distressed recently to find that St. Valentine had been demoted among Catholic Saint rankings. Though he is still a recognized as a Catholic Saint, his demotion was due to the lack of enough historical records to authenticate all of his deeds.

St. Valentine obviously felt that that caring relationships are essential for happiness. We wondered if there were any universal practices or insights helpful in strengthening relationships. After conversations with friends, family and others we came up with a few unscientific but hopefully meaningful findings.

Many people said what they most wanted in a relationship was to feel safe to express their deeper feelings. They wanted their deeper selves understood and appreciated. A second finding was that spending time together was essential. Face to face communication, friendly body language and eye contact were all important in a virtual world with too little time for those we care about. We want the other person’s full attention!

Finally, an appreciation of our unique needs and interests was important. We value people who understand our life’s purpose and what is important to us. We also want the benefit of the doubt. We want others to look for the good in us and make positive assumptions about us.

We were impressed with the answers we got and also gratified that one of the most powerful emperors in ancient Rome could not do away with love, marriage and affection.

Gordon Mercer is past president and on the Board of Trustees of Pi Gamma Mu International Honor Society and professor emeritus at Western Carolina University. Marcia Gaines Mercer is a published children’s author and columnist. They were married in Charleston and own a place in nearby Garden City.