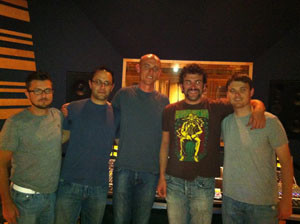 Wombat, a local band made up of 4 MUSC physicians, is holding its first CD release party on Friday, June 8 at 10 p.m. at O’Brion’s on James Island. This momentous occasion will also mark the band’s farewell show, as members part ways to further their medical training in other states.

This local acoustic rock band has been playing in local venues for 3 years. Previous shows were held at the Music Farm, Surf Bar on Folly, The WindJammer, Home Team BBQ and O’Brions.

Wombat will perform at 10 p.m. and copies of the band’s first CD will be available for purchase. The event is free and open to the public.