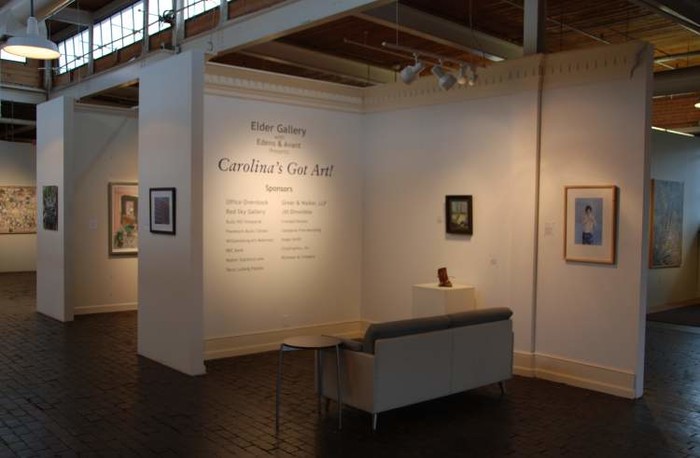 Image by Larry Elder Atherton Mill will again play host to the exhibition.

During the 1980s, Spartanburg native Larry Elder found himself standing in line with scores of other artists delivering artwork to the Annual Springs Art Show in Lancaster, South Carolina.  “Those were some exciting times,” says Elder, as he reflects upon what many considered to be one of the premiere art events in the Carolinas.

After approximately thirty years of hosting the exhibition Springs Mills discontinued the event. “Artists felt as if a portion of their hearts had been removed,” says Elder. “I can remember the sadness created by the loss of the Springs Art Show.”

The recent economic downturn dealt another blow to the visual art scene.  Venues for artists’ work dwindled as quickly as discretionary spending. Elder found it difficult to stand by without taking positive action.  During a conversation with a group of Charlotte artists, Elder expressed his desire to create an exhibition that would re-engage the spirit if the Springs Art Show.  Encouragement from the group was enough to spur Elder into immediate action.

Carolina’s Got Art! was launched. Within a four-month period Elder had secured exhibition space, built a website, assembled a passionate group of volunteers, secured a New York art critic as judge, located sponsors, and opened in early October, 2009.

Carolina’s Got Art! was an immediate success. “We received over 1100 entries from 435 artists,” says Elder. The juror selected a diverse show that he felt best represented the variety of art being created in the Carolinas."

The opening night reception welcomed 700 visitors. Throughout the month-long exhibition over 2000 visitors viewed the 135 selections included in the exhibition.  The $10,000 in prizes was a significant boost to the winners, and purchases from the show encouraged artists to continue their creative endeavors.

Edens & Avant, owners of historic Atherton Mill, will again provide the exhibition space for Carolina’s Got Art! which is scheduled to open on October 1st and run through October 30th.  Elder and his team hope to create a traveling exhibition to venues across the two Carolinas from work selected from the show.  Carolinas arists are invited to submit their work through August 15th.

Carolina’s Got Art! is free to the public and all artwork will be for sale.  Complete details can be found at www.carolinasgotart.com or on Facebook at www.facebook.com/carolinastgotart.