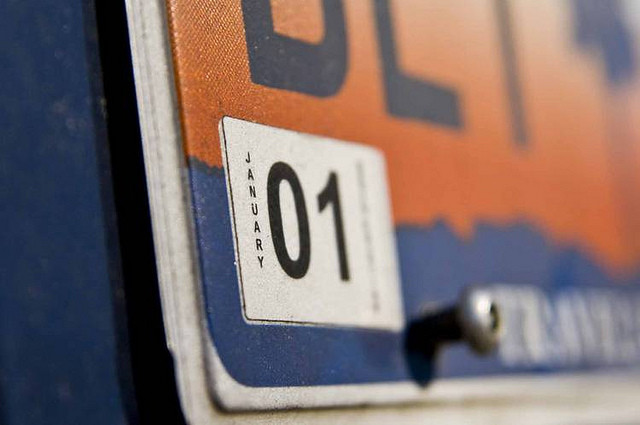 Update June 14, 2012: The Sun News is reporting that there might be a whole lot more specialty plates available in South Carolina soon.

The 'Tea Party" might be getting their own plates here in SC, using their unofficial logo of the Gadsden flag﻿ which is better known as the "Don't Tread on Me" logo. That's only one plate catering to a small group of people though, so how could that add "a whole lot more" to the S.C. specialty license plate market? The big numbers will be pulled from the offering of plates that feature the logo of your favorite South Carolina high school, to which The Sun News says there are, "200-plus public and independent﻿" high schools in the state. You can answer their poll question regarding support of your high school on a license plate here -so far 56% say no.

Hop on over to The Sun News for the full write-up and while you're there check out their list of the ten most popular specialized plates in South Carolina.

Additionally, a commenter below claims that Maryland has the most specialty plates in the nation, we haven't been able to confirm this hard hitting news factoid, but we did uncover a report from MSNBC from 2007 that says Virgina has the most specialized plates on the road, "Out of the 9.3 million personalized plates on the roads of America, about one in 10 are in Virginia, according to rankings provided to The Associated Press by the American Association of Motor Vehicle Administrators.﻿"

First report: Here in South Carolina we are known mostly for our tourism industry but did you know we lead the nation in one other thing? License plates!

Well, that is according to South Carolina Senator Tom Davis' Facebook page. Davis, who represents the 46th district including Beaufort County, said, "With well over 400, South Carolina leads the nation in the number of authorized "specialty license plates." This comment posted on June 6, 2012 has so far had 13 'likes', 23 comments﻿ and a post over at FITS News.

FITS has some extensive coverage of South Carolina and our licence plate habit.

We’ve railed on this ridiculousness for some time now … whether we’re talking about a “coon hunter” tag, a “largemouth bass” tag or the popular “Jesus is my homeboy” tag.

FITS News also has a nice PDF of how many of these specialty license plates are being used, some have just one buyer, you can find that list here.

Additionally, we covered the disgustingness﻿ or hilarity of SC's newest vehicular obsession, Truck Nutz a while back, you can read that right here.