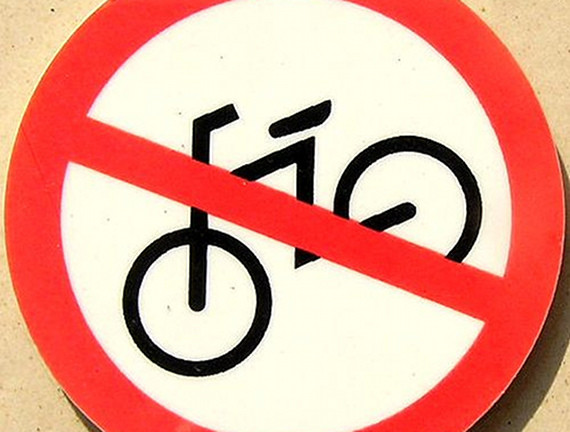 4:54 am on Thursday November 1, 2012 | Posted by Amanda Click
The fight for bicycle, pedestrian traffic on the James Island Connector continues

In a few short weeks, city police will enforce a new ban that will prohibit both pedestrians and bicycles on the James Island Connector.

The ban was drawn up by the South Carolina Department of Transportation for safety reasons.

The Post and Courier has an article with input from both Mayor Joe Riley (a supporter) and Tom Bradford, director of Charleston Moves (who is quite disappointed); read it here.

Update January 7: The Post and Courier has followed up with a day-after reaction report that offers additional details behind the new enforcement; take a read here.

Being cited in the change is the summer 2011 death of cyclist Dr. Mitchell Hollon who was hit while biking on the connector. Also being raised is the likely forthcoming alternative route to James Island over the Ashley River bridges — but that is still in planning and some time away from completion.

Update April 4: We've just caught wind of a bill - courtesy of Charleston Moves - that could return cyclists to the James Island Connector.

The bill has been introduced in the SC legislature by Senator Chip Campsen, R-District 43 and would give local units of government the option to seek an exception to the law banning cyclists (and other modes) from “freeways” whenever there isn’t a reasonable alternative route. The amendment gets a crucial hearing next week before the Senate Transportation Committee.

Update June 5: The Post and Courier offers a turn of the wheel update (paywall article) that notes the bill to allow local bodies to permit restricted access roads for use by cyclists and pedestrians appears nearly certain to pass.

Update June 27: The James Island Connector is one giant step closer to being reopened to cyclists.

This just in from Charleston Moves:

On June 18, Governor Nikki Haley signed into law the authority for local municipalities to allow bicycles on limited-access highways when that is the safest option. Charleston Moves is very grateful to Senator Chip Campson and the Coastal Conservation League for their excellent work on this. We now will work with the City of Charleston to get the city's approval and to suggest further safety enhancements before reopening the Connector.

Update November 1: Charleston Moves continues the fight to get the City of Charleston to re-open the James Island Connector to both bicycle and pedestrian traffic.

Here's what's going on at Charleston Moves and how you can get involved:

The city now seems intent upon conducting a "study" to examine how the crossing might be made safer for bicyclists when all we wanted all along is for them to be able to use it as they have for eighteen years. We believe they feel this is necessary because an ordinance must be approved in City Council, and the outcome of that vote would be dubious at best without evidence that steps have been taken to ensure safety.

The Coastal Conservation League has begun an online petition to reopen the JIC as soon as possible. Please join us in signing the petition and share it with your friends!