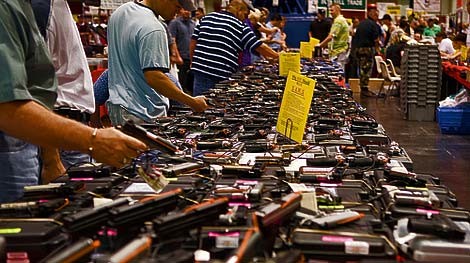 2:40 am on Wednesday December 3, 2008 | Posted by Ken Hawkins
Tax break for guns is silly normally; idiotic when there's a budget crunch

The Post and Courier on last weekends sales tax holiday for guns:
The gimmick was dressed up as a way to recognize the state's traditional association with hunting and firearms. But as A. Elliott Barrow Jr. says in a letter to the editor today, it sent a different message about this state's priorities.

The state has three sales tax holidays: For school supplies, energy-efficient appliances (starting in 2009), and guns.

As soon as I heard of it, I thought the gun tax break was a silly matter, encouraging folks to spend more money on their kids and better appliances to save energy does some real solid good for our state, but sending home another gun does little direct good for the state.

It's estimated $15,000 in tax collection was lost that weekend. It's a small amount, but it could have gone a long way towards keeping the Webb Center open.

Let's hope state Rep. Mike Pitts, R-Laurens, can stand by his act of slipping the bill through come next election year.