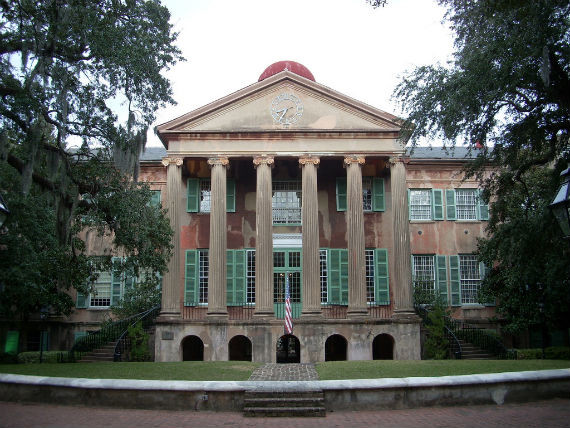 College of Charleston neighbors are talking about their frustrations with the college's efforts--or lack thereof--to keep a tighter leash on students that litter, blast loud music, and cause other disturbances.

And this isn't the first time that downtown residents have spoken their mind. Remember local Andra Watkin's article back in April 2010 about the aggravations of C of C students leaving piles of junk behind after moving out of their dorms?

Tuesday afternoon, neighborhood leaders voiced their concerns to C of C representatives. Radcliffeborough neighborhood leaders wrote college President George Benson a lengthy letter outlining their concerns. The letter said, "Many Radcliffeborough residents, when asked 'What does the College contribute to our neighborhood?' are inclined to answer, 'copious cigarette butts, lots of empty beer cans and bottles, regular sessions of gratuitous noise from houses and passing cars, generous quantities of arrogance from entitled 20-year-olds, a liberal sprinkling of public drunkenness.' "

While I can appreciate the residents' frustration--who likes loud music late at night and littering on the streets?--I also have to make a point: The College of Charleston is part of what makes our city so great. And, yes, part of that is dealing with "unruly" college kids.

Get more on the argument over at The Post and Courier.