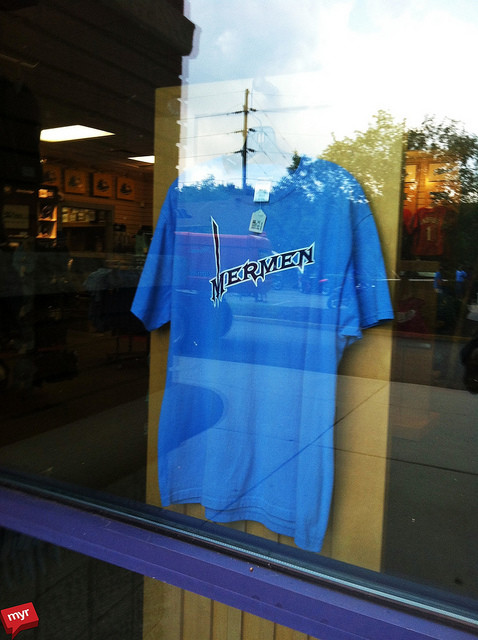 8:56 am on Friday November 18, 2011 | Posted by
Video of Kenny Powers running from mini-golf security here in Myrtle Beach

We've been getting a lot of traffic from our friends over at KennyPowersFanClub.com in the past week so I decided to check in on them and see what's the latest news they might have on the upcoming season of HBO's East Bound and Down.

As some of you might know, Eastbound and Down shot a good portion of their upcoming season all along the Grand Strand, from their home base at the BB&T Field up to a beachwear﻿ store in North Myrtle and everywhere in between.  We've covered Eastbound and Down filming in Myrtle Beach from the very start but somehow missed the below video that was posted to YouTube back in July.

The video was shot by an extra for a scene that took place at a Myrtle Beach miniature golf location.

From the video description:

It seems April has the baby and comes to Myrtle Beach with Kenny. Right before this scene they're playing miniature golf and get in a fight leading to this video where security chases them through the golf course.﻿

Being on location one day, I can confirm that the scene I watched being filmed did indeed have a baby stroller featured prominently -but with Kenny Powers, anything could have been in that stroller.

We've also learned from KennyPowersFanClub that production was halted a couple times due to show star, Danny McBride having his first child and thanks to the hurricane this past August. Also, scenes were still being shot as late as two weeks ago.

We hope they can get it all shot and edited in time for the Season 3 debut on HBO this January.