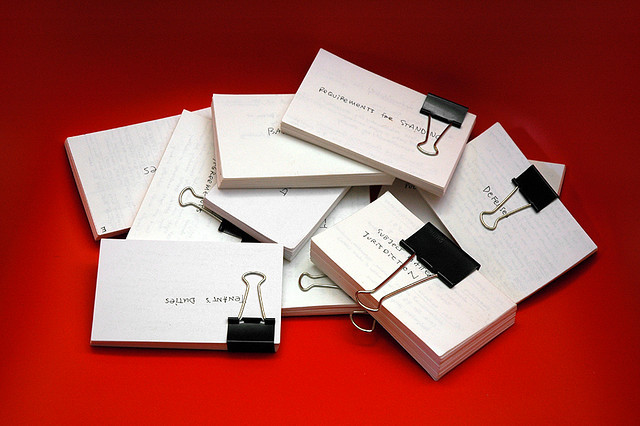 Image by Flickr user limonada The news means generations of future students can look forward to prepping for their bar exam at the college with fun tools like these.

On Friday, the Charleston School of Law﻿ announced that seven years after launching their efforts to form a second law school in South Carolina, the college received full accreditation from the American Bar Association.

"In 2003, we began with a dream to create a second law school in South Carolina, a student-centered law school focused on service to the citizens of the state and region," Dean Andy Abrams said late this afternoon.  "With today's decision by the ABA to grant full accreditation to the Charleston School of Law, this is no longer a dream, but a reality.

The school opened in August 2004 and received provisional accreditation from the American Bar Association in December 2006﻿.

The vote to accredit the law school in Toronto, Canada, occurred this week during a meeting of the ABA's Council of the Section of the Legal Education and Admissions to the Bar, but was not final until late this afternoon.

And some 40 percent of the school's new students have been from South Carolina, but about 80 percent of applications currently come from out-of-state students and the school is nearing the 900 graduate mark.

The Charleston School of Law is one of a few in the country that requires students to donate at least 30 hours to public service projects as a requirement of graduation.  Since the school started seven years ago, students have volunteered 161,680 hours of pro bono and externship service.

A hat tip to The Post and Courier for spotting this.