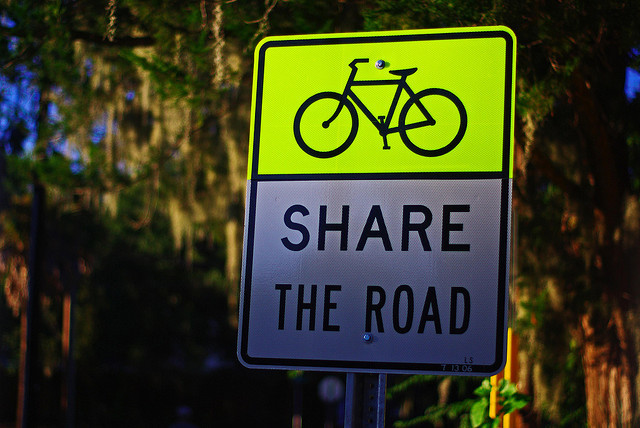 11:03 am on Thursday December 13, 2012 | Posted by Ken Hawkins
Fatal collision between car and bike rider on James Island (Updated)

Update 2 at the bottom.

A bike rider is dead after a Friday night collision with a pickup truck on James Island's Riverland Drive near James Island County Park.

Very few details are known about the circumstances or the cyclist's identity at this point but many short briefs abound, I'll point you to the one at Live 5 News.

Update August 18: Matthew Denton, 40, of James Island was the cyclist who died in the collision near 10:30 p.m. on Friday.

Jeffery Lewis Thomas, 46, of Mount Pleasant has been charged in the incident, as police say Thomas, a reserve SC Department of Natural Resources Deputy Law Enforcement Officer, was involved in the accident and left the scene, and returned later.

Multiple reports abound, but the better is at The Post and Courier.

Update September 22: More than a month after Denton's death after the bike he was on was struck by the Ford Explorer that Thomas drove, the charge of leaving the scene of an accident involving death has been dropped after a magistrate said there wasn't enough probable cause to support his arrest.

It's a charge that's left Denton's family frustrated and they've told The Post and Courier that they're frustrated over the handling of the case.

Update 2, December 13: Jeffery Thomas has been indicted with a charge of leaving the scene of an accident with death.

Live 5 News offers a brief and The Post and Courier offers a longer report (subscription).