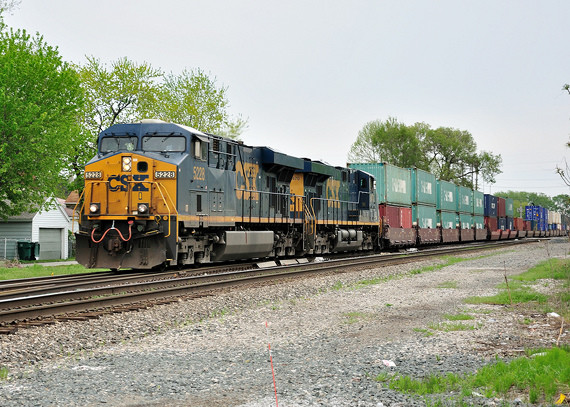 First reporting: North Charleston mayor Keith Summey unveiled his plan to eliminate a controversial rail service from the north that would serve the State Ports Authority terminal being constructed at the city's south end.

Read more stories on this subject in our rail topic page.A key provision in Summey's proposal is that CSX Transportation agrees to let leading competitor, Norfolk Southern, use its rail lines to access the new terminal. However, there would be an added cost to use CSX's lines, and Norfolk Southern have claimed that such an arrangement would be unfair.

In response to the issue North Charleston's mayor had this to say: “Is it equal dual access?” Summey said. “I don’t know if that’s available at any port.”

According to The Post and Courier, the entire effort hinges on several potentially expensive land acquisitions for the redirected lines, a cost the city hopes can be met through securing millions of dollars in federal grants. That's in addition to paying CSX between $3 and $5 million in tax-increment financing revenue for the old rights of way.

North Charleston's City Council will be presented with the memorandum during its meeting this evening, so we'll sit tight and see how well or poorly it is received -- if you'd like to go to the public cookout/meeting in Park Circle at 5 p.m., here's details. In the meantime, I'll point you to The Post and Courier's article on the new deal.

The paper also has a nice map that show how the rail lines will shift.