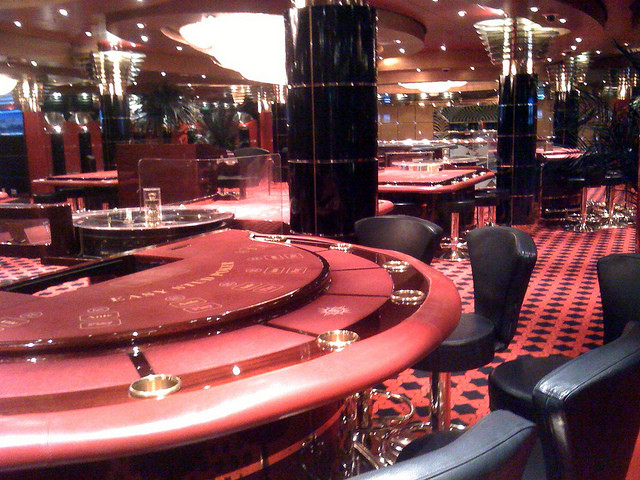 Update April 8, 2012: Haley's Facebook blast hasn't done much to muffle the push for casino efforts in the state.

ConwayJournal.com has an editorial from local Steve Porter on how he thinks casinos in South Carolina are an inevitability and Myrtle Beach shouldn't sleep on the opportunity. Read more here.

Update March 9, 2012: Governor Nikki Haley made her position on the proposed Bluffton casino very clear on Facebook earlier this week.

We have had inquiries about the possibility of a Catawba casino going into the Low Country, specifically the Bluffton region. I will not sign or support a casino in that area or anywhere else in South Carolina. We are focused on bringing manufacturing and industry to every part of the state.﻿

What has followed was a flurry of comments from a range of perspectives both for and against the statement. Since FITS News gave us a heads up on the Facebook post, we'll point you to their Op-Ed piece on the Education Lottery system.

Some comments on the post agree with the FITS News position that the South Carolina Education Lottery is nothing more than a government monopoly on gambling. Others asked how casinos are different than bingo parlors. What do you think?﻿

We have some background on the proposed casino in prior reports below.

Update February 26, 2012: While it's clear that several people want to see casino gambling legalized in South Carolina, it's also clear that this won't happen anytime soon.

The State ran a great report today that sums up the current state of everything from the casino proposals to the sweepstakes parlor battles. For those of you that think a casino brings more positives than negatives in a down economy: don't hold your breath waiting. Governor Nikki Haley has repeatedly expressed her explicit disapproval and supporting lawmakers are hoping to have a proposal on her desk "by the end of 2012." You can read this and more details here.

Update February 23, 2012: Is it just us or is the casino and gambling chatter in South Carolina getting louder?

This week, The Sun News is hosting an online poll asking, "Do you think South Carolina would benefit from legalized gambling?" Of the nearly 700 votes at the time of this writing, 83% have clicked "Yes."  Of course, online polls can be skewed and 700 online voters could hardly be considered a representation of the tax paying public.  Also worth noting that Facebook post posing the same question had numerous responses all in favor of legalizing gambling in South Carolina.

Aside from our recent updates below, we reported in December that gambling legislation has been batted around the State House. Many locals feel like the current economy and real estate market have made Myrtle Beach ripe for hosting a casino operation. Others feel that a casino would introduce a crime element and detract from the "family beach" reputation that the area has struggled to establish for many years.

The Catawba's are the only federally-recognized tribe in South Carolina and have a large reservation in York County where they would like to build a 220,000 square foot casino and create approximately 4,000 jobs. The tribe has been legally maneuvering to set up gaming operations since 2002. This AP story from Meg Kinnard has all the details.

So far, the only feedback we've heard from Myrtle Beach locals has been negative to the idea of bringing casino gaming to that area.

First Report: A proposal for a casino in Jasper County's Hardeeville could bring legal gambling to South Carolina.

The entertainment complex would be located off of Highway 278 in Hilton Head Lakes and is projected to create 2,200 jobs. The proposal is getting quite a few mixed reactions. Hardeeville City Council members support the idea, having signed a resolution to take the next step in the process. You should head over to our sister site TheDigitel Beaufort where there is much more detail.

For years, Myrtle Beach citizens have whispered and hinted at opening a casino on the Grand Strand. Read a story we posted in December about the current state of affairs.