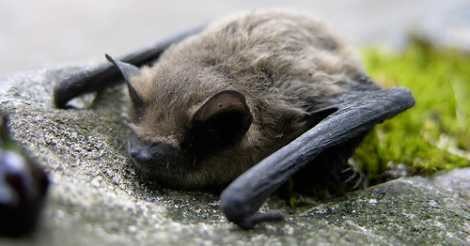 Image by Flickr user Lee CarsonImage by 20080813bat.jpg Sure, he may look cute, but this little guy is just waiting to sneak into your room and turn you into a vampire ... I mean, give you rabies ...

Update September 4: If you've got a thing for rabies, hurry over to the Charleston City Paper. They've got a mini-investigative piece on it.

But, if you ask me, it looks like they thought they had a bigger story than they did. Here's my advice: If it's wild, don't go near it or feed it.

Update August 29: Robert Prioleau over at Blue Ion has his own tale on bat bites:
It seemed kind of funny at the time. You wake up and there’s a little bat flying around (inside) the house. There are lots of bats in downtown Charleston. I like bats. So what if one snuck inside? In fact, we often sit outside with a drink at sunset and cheer them on as the fly through the sky feasting on mosquitoes.

Apparently, 5% of bats have rabies and if you or others were sleeping you can’t always tell if you’ve been bitten or scratched. So, you have to assume the worst (rabies) and start up the shots….today was the first of 6 part series. Feels like someone kicked me right in the butt.

Youch. But he also offers the solid advice to try and capture the bat, that way if that bat turns up negative for rabies, you won't need six shots. Go read it.

Original post: A Charleston man was treated for rabies after being bitten by a bat at his downtown home, according to the state Dept. of Health and Environment Control. SCDHEC released this press release on the incident, but this is hardly the first time recently that rabies has come up. You might remember a spate of cuddly raccoons in recent months. At least this guy wasn't trying to adopt the bat as a pet.

"The man was exposed while he was at his home in downtown Charleston," said Sue Ferguson of DHEC's Bureau of Environmental Health.

"People usually know when they have been bitten by a bat,” Ferguson said. "However, bats have small teeth that may leave marks not easily seen, and some situations require that you seek medical advice even in the absence of an obvious bite wound.

"For example, if you awaken and find a bat in your room or if you see a bat in the room of an unattended child, or near a mentally impaired or intoxicated person, seek medical advice and have the bat tested," Ferguson said.

OK, if I wake up and there's a bat in my bedroom, I'm going to assume it's Dracula and start screaming like a 10-year-old girl. After that, I'll seek medical advice ... (Which, technically speaking, would come in the form of a wooden stake and a rudimentary heart surgery technique, at that point, I guess ...)

Also, here's some statistics on rabies from SCDHEC:

And, just for your convenience, the agency even has a page on rabies. Check it out for more information.