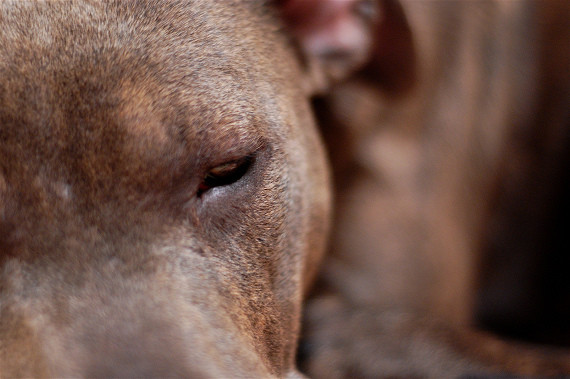 12:00 pm on Thursday May 26, 2011 | Posted by Amanda Click
One dog killed, numerous others hospitalized by escaped pit bull (update: to be euthanized)

Update May 26: In a followup report, The Post and Courier﻿ has an update on the status of charges agains the pit bull's owner and notes that the dog will be put down.

Read the report over here.

Update February 24: NBC News 2 has followed up with a video report.

That report, which also offers more details from the scenes of the attacks, also talks about what may be required if the dog is returned to the owner, and potential fines if the dog is not neutered.

Also, we never mentioned a second attack by a pit bull-mix at the Wannamaker County Park in North Charleston where a puppy in the large-dog area of the dog park was killed; The Post and Courier has details on that.

First reporting: A pit bull got loose from a home in West Ashley on Monday and attacked a handful of dogs, killing one before being finally being captured by police officers.

The attacks all occurred within minutes of each other in the area of Bairds Cove and Ashley Villa Circle, off Glenn McConnell Parkway.

According to a post on Live 5 New's site, the dog's owner has been charged with animal at large, vicious animal, and non vaccination.

Head over to the TV station's site for the report, photos, and video.