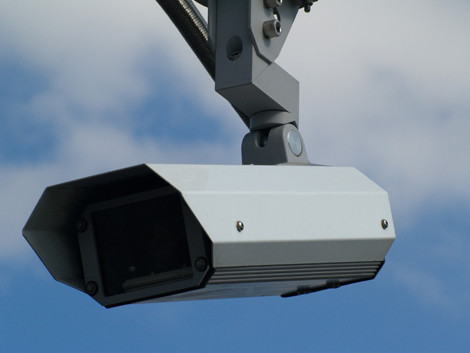 The Dorchester County Sheriff's Office and the management at Haven Oaks apartment complex have come up with a new plan to help prevent crime in the area: surveillance cameras around the property. Live 5 News reports:

Haven Oaks apartment complex has been a headache for Dorchester County deputies. In the last four years alone, deputies have had to deal with all kinds of crimes, from meth lab busts, to murders.

After (an) undercover cop was shot, the sheriff's office and the management at Haven Oaks came up with an idea. They installed security cameras to catch criminals in the act and convince them to stay away.

Even though investigators have identified two of the three suspects in Thursday night's vicious beating, they are hoping the surveillance cameras might give them more information to help them crack the case.

So does public video surveillance really help prevent crime? Well, there's an interesting report out of California on the issue. (You can ignore the tort stuff that only relates to that state.) It's a pretty significant issue, I think, as anyone who's read Orwell's "1984" would probably agree ... Not that the intentions are bad. It's obvious that the sheriff's office just wants to help, and is doing what it can. But what are the greater repercussions of public video surveillance?

Feel free to leave your comments on the issue.

This is a simple example on how technology can save your life and keep you away from the trouble. This is one of the justifications for the video surveillance cameras san diego as well. So many people and businesses depend of them since in the world of today you can't feel safe anywhere. Let's hope we'll see other communities that will apply the same strategy as well.