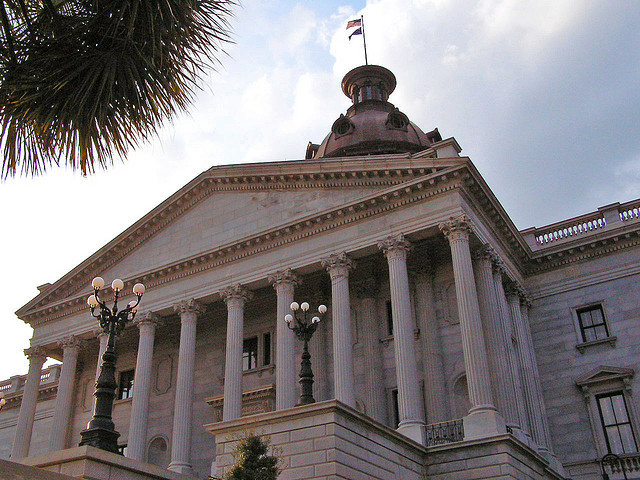 Some say that corruption in South Carolina politics is as old as the dirt on the State House lawn. But that doesn't make it sting any less when a scandal surfaces.

The most profound has certainly been the revelation of the South Carolina Hospitality Association's missing nearly $500, 000 in the course of two years of operations. The State has more details here. While the missing funds have not been tied directly to the recently deceased Hospitality Association's CEO Tom Sponseller, the timing of his suicide along with the firing of an employee that is key suspect in the missing money is too close to ignore. The Sun News reports that Sponseller did mention the missing money in his suicide letter. This hits our area directly as our local hospitality and tourism industries work very closely with state and federal governments with industry lobbying groups like the South Carolina Hospitality Association.

Our local business leaders and elected officials invest great deals of time and money into these legislative efforts primarily orchestrated by the Myrtle Beach Area Chamber of Commerce. In the light of the recent investigation, MBACC CEO Brad Dean issued the following statement:

“We are disappointed to learn of the problems uncovered following the recent audit of the South Carolina Hospitality Association but pleased to see the association moving forward. The board of directors should be commended for proactively addressing the concerns of its members statewide, along with the problems cited by auditors. Even more commendable is that the board has addressed these concerns with a long-term vision we believe will make the organization stronger as a whole.﻿

The SCHA is an important organization we work in partnership with on a number of issues, and we intend to support their efforts to rebuild the association moving forward. We will continue to work closely with the board and staff as they improve their accounting policies and procedures and fully expect to be a contributing partner of the association in the future. Additionally, we are looking forward to the upcoming SCHA Hospitality Day and participating in this important event highlighting the state’s $14 billion tourism industry.”﻿

While the resignation of former Lieutennant Governor Ken Ard isn't quite of a direct hit as the SCHA scandal, it is perhaps more relevant to the Myrtle Beach area than other parts of the state.

Ard hails from Florence and, after he was elected to Lieutennant Governor, brought on Myrtle Beach local Brant Branham as his Chief of Staff in early 2011. Branham himself has also been associated with scrutiny over local campaign financing while he served as Chairman for the Myrtle Beach Area Chamber of Commerce.

The best we can hope for is investigators will take this opportunity to fully sniff out the money trail while it is still warm to bring any other accomplices to justice and hope corrupt politicians think twice before making a ethically questionable decisions. ﻿