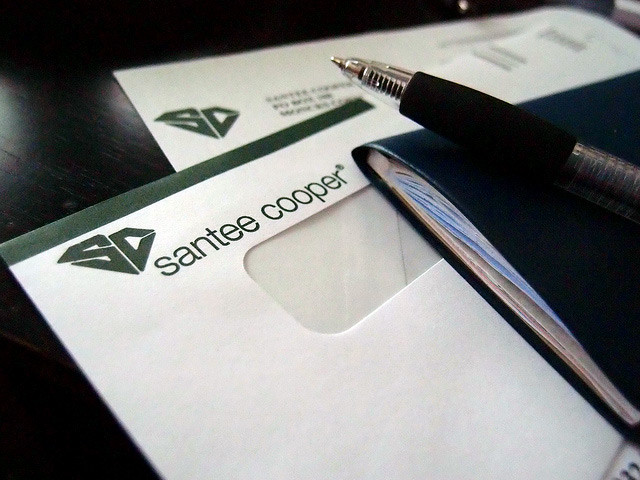 This past Monday, May 21, Santee Cooper's Board of Directors met and agreed "to open a public comment period"﻿ on a proposed rate hike.

Santee Cooper is planning on raising rates 3.5% starting December 1 and plan on raising the rates another 3.5% the following year (that's nearly 10% over two years). Santee Cooper says they haven't raised their rates since 2009.

The Santee Cooper Board of Directors has authorized a public comment period for a proposed rate adjustment recommended by the utility’s management. The proposal would increase rates for customers an average 3.5 percent each year for two years.

As proposed, the first adjustment would take effect Dec. 1, 2012, and the second, on Dec. 1, 2013. The adjustments are needed to help Santee Cooper meet increased costs associated with new generation, primarily the ongoing V.C. Summer Nuclear Station expansion, and to comply with new environmental regulations.

Santee Cooper’s base rates have not increased since November 2009. By comparison, prices in that time period have increased 48 percent for a gallon of gas, 20 percent for a pound of ground chuck, and 15 percent for a gallon of milk, according to the U.S. Bureau of Labor Statistics. Santee Cooper continues to emphasize cost cutting and has reduced or deferred $1.8 billion in capital spending since 2010, cut non-fuel operations about $25 million in 2011 and 2012, and saved customers nearly $50 million over the life of bonds refinanced in 2010 and 2011.

There will be public meetings held all around the Grand Strand regarding the changes, including one on June 25 at 6:30 p.m. at the Old Santee Canal Park Interpretive Center at 900 Stony Landing Road in Moncks Corner.

The utility says it needs the hike to compensate for increased costs of energy production and to help fund two new nuclear reactors.

Santee Cooper provides direct service to more than 163,000 customers in Berkeley, Georgetown and Horry counties and a number of other large business customers.