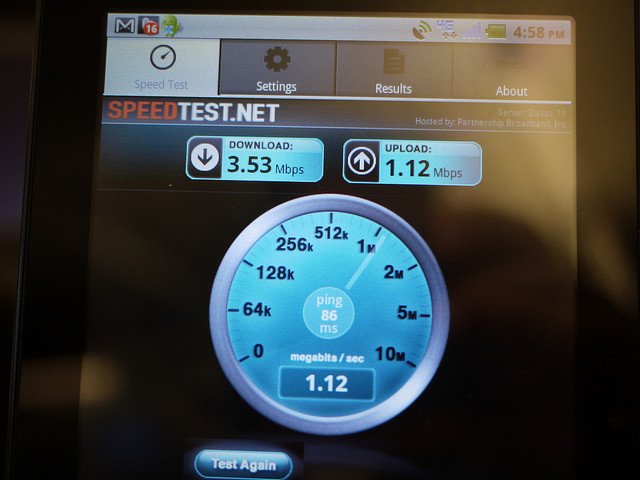 The Myrtle Beach area always seems to suffer when it comes to having the latest and greatest in internet speeds and technology.

Saturday August 6, The Sun News published a write-up about wireless speeds and how locally, AT&T is set to expand it's HSPA+﻿ (with enhanced back haul) in the Myrtle Beach area and then over time release it's 4G coverage. The Myrtle Beach area, however, is no stranger to waiting for the latest in mobile technology speeds. As little as 5 years ago we along the Grand Strand were waiting for 3G to finally come to town -and still, in quite a few spots 3G coverage is nonexistant for most cellular carriers.

AT&T is not the only company expanding it's speed in South Carolina. T-Mobile also expanded their HSPA+ tech around the area last year, Verizon turned on their 4G in Columbia at the end of last year and in Charleston last month. Howecer there has been no word on Sprint's 4G switch being thrown in the state.

Head on over to The Sun News for the full story, however; be mindful of High Speed Half-Truths when it comes to the mobile game.

There is some hope for the local 4G craving populace.

CLEAR, a WiMAX powered 4G company does have some service in the area, but does not currently sell their devices or service here.

Open Range, another WiMAX powered 4G service is aimed more at the home user as an alternitive to DSL and Cable. Their device is small enough to take anywhere and plug in and use and it is not tied to a physical address to work.

HTC offers a super fast Fiber-optic service for home and business that is light years past cable in speed and performance.

And Frontier, a company that took over Verizon's fiber-optic service locally also offers a super fast alternitive to Cable.

Additionally, Time Warner Cable is set to turn on their Wideband internet service any day now locally that will increase folks cable internet service ten fold -no word if they'll be offering a 4G mobile service like they do currently with their 3G service.