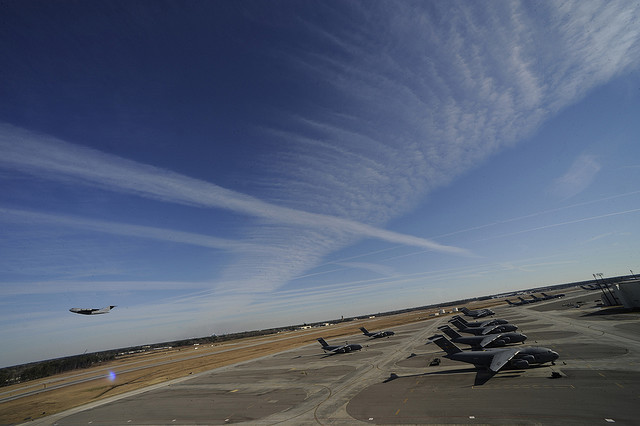 The much anticipated nine-month rebuilding of the Charleston International Airport﻿'s has been pushed back once again.

It was originally expected to begin March 1, then April 1, and is now slated to be "not before May 14".

The delay is expected to give the contractor more prep time so that the work, once started, will take less time to complete — which would be a very good thing as planes will be re-routed to the recently spruced up shorter runway (only 7,000 vs. 9,000 feet of the one to be closed) but the shorter runway does not have directional transmitters ﻿to help planes land — something that is particularly critical during low cloud cover.

It's an issue that could lead to plains being rerouted to other airports when such fickle weather conditions roll in.

At the center of this debate over the $50 million﻿ work being paid for by the military is that the runway is the property of the Charleston Air Force Base, and the military has no need of the transmitters and no desire to bankroll them.

Switching to the shorter runway may also limit the maximum weight that planes can take off or land with, limiting the amount of fuel that planes can carry, among other things.