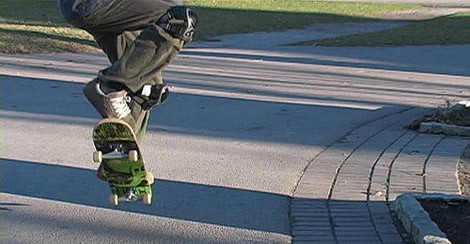 Image by flickr user striaticImage by 20080623skate.jpg It's not easy doing ollies in Charleston, especially when there's nowhere you can legally skate.

The group Pour It Now, which recently led a successful campaign to get a skate park in Columbia, has its sights set on Charleston. The group has been working for more than a year to get a legal place for skaters in the Holy City, according to a letter to the editor from the group published in The Post and Courier last March.

Check out this video on the effort from ABC News 4.

Pour it Now, a non-profit organization, has been working for more than a year with the city of Charleston and its Recreation Department to secure a site and funding for a safe, challenging concrete skate park in downtown Charleston for all Charlestonians to use free of charge.

The completion date is approximately two years away, but with the vision and efforts of Pour It Now and the support of the city, the park is going to be built.

Pour It Now is holding a number of fund-raising events and getting the word out to build momentum and support for the coming park. When the site is identified, grants will be applied for, naming rights will be made available and donations, large and small, will be sought.

Charleston City Paper also has a story from April 2007 that talks about the effort to get a decent skate park build in Charleston, including Pour It Now's involvement in the whole thing.