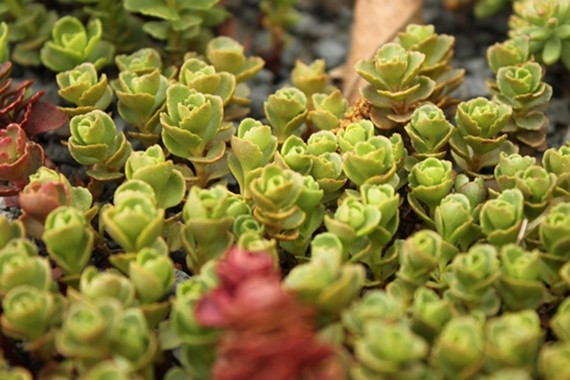 For over 100 years, Ashley Hall has distinguished itself as a center of academic excellence. With 100% of its students pursuing a college education and prominent alumnae like Former First Lady Barbara Bush, the all-girls school takes pride in its rich traditions and accomplishments but its primary goal has always been preparing for the future.

In 2009, the downtown Charleston school became one of the first schools in South Carolina to have a Leadership in Energy and Environmental Design (LEED) certified building. LEED sets the standards for “green” buildings across the country and their Library and Science Center passed the test.

The students are also getting involved through the Green Club. The Club meets on a regular basis to discuss what the students can do to improve the environment. Under the guidance of science teachers Meghan Ward and John Madden, the group recently partnered with local company, Green Roof Outfitters, to install a rooftop garden on the Science Center. After initial discussions, Meghan and John both felt it was important to get the students involved in the design of the project. Michael Whitfield and Mike McKenna of Green Roof Outfitters were invited to speak to the group to introduce them to the product and afterwards the students quickly went to work designing the layout for the rooftop garden. When it was time to install the green roof, they took it a step further by assisting with the installation.

“The focus of the green roof project was to introduce the students to the green industry and to enhance their experience in the classroom” explains Meghan Ward.  “It has been great to see the students getting involved.  We have been able to use the rooftop as an outdoor science lab and they have really taken to it.”

Ashley Hall is the first academic institution, at any level, in the Lowcountry to install a green roof.  It’s a real testament to their commitment to sustainability and their willingness to adopt new technologies.

“We are excited about being the first school in the area to have a green roof” says John Madden. “There were initial budget concerns, but the beauty of the Green Roof Outfitters Modular System is that you can start with a small pilot project which requires minimal investment. At the end of the day, it’s all about providing innovative academic programs for our students.”