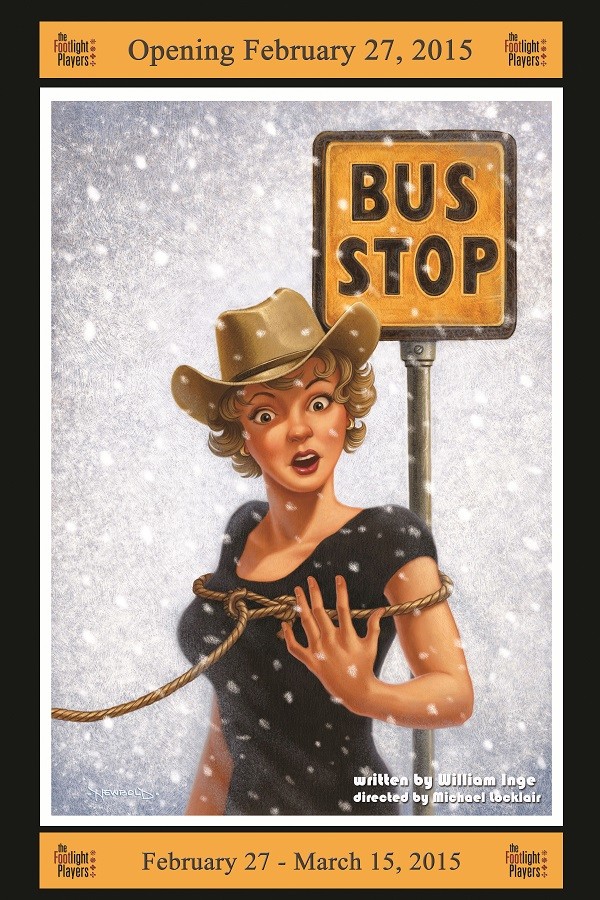 The Footlight Players will take to the stage later this month to perform “Bus Stop,” a 1955 play by playwright and novelist William Inge. The play is set in a diner about 25 miles west of Kansas City. It’s March 1955 and a freak snowstorm has forced a layover at a small town diner in the wee hours of the morning. Romantic relationships ensue among six of the travelers in this drama with splashes of romance and comedy.

Bus Stop opened on Broadway on March 2, 1955, and closed on April 21, 1956, running for a total of 478 performances. The play was nominated for four Tony Awards in 1956: Best Play, Best Featured Actress in a Play, Best Scenic Design and Best Director.

For Locklair, directing this production of “Bus Stop” is a dream come true.

“Four outstanding American playwrights that have always tugged at my heart: Eugene O'Neill, Author Miller, Tennessee Williams and William Inge. With this production of ‘Bus Stop,’ I can now proudly say that I have directed each one of these talents,” he said.

“William Inge has long been one of my favorites,” Locklair added. “His plays are all so character driven, complex, normal, funny, romantic, lonesome and poignant. He is an American classic.”