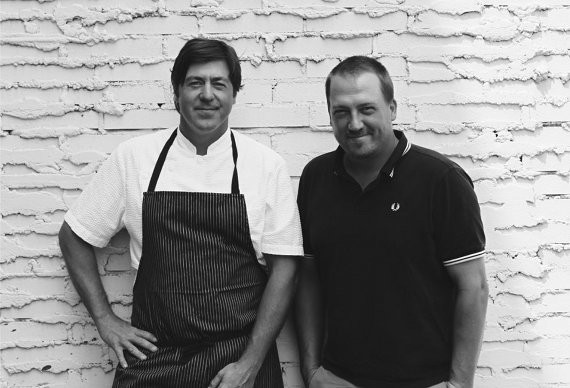 6:16 am on Wednesday May 23, 2012 | Posted by Katrina Robinson
FIG restauranteurs to open 'The Ordinary' on Upper King Street

Image by The Ordinary Mika Lata and Adam Nemirow

Update: Open as of December 18.

Mike Lata and Adam Nemirow, owners of FIG (232 Meeting St.), have announce their intentions to open a new restaurant in the vacant Bank of America building at 544 King St. by the beginning of September.

The purchase took quite a few months to negotiate and finalize, and the two restauranteurs are excited about their planned future for the space.

"We are so psyched about the concept," says Lata. "It's the perfect idea for the perfect property."

While details about the new restaurant are still very hush-hush, we can tell you that it's going to be an oyster bar with a casual yet energetic atmosphere.

Get more details about the property and the new restaurant over at Charleston City Paper's story here.

Update May 23: FIG's sister restaurant has a name: The Ordinary.

Taking its name from an old term for a set menu, The Ordinary is their version of a classic oyster bar and seafood hall, located in an old bank in Charleston's Upper King Street District. It will feature an extensive raw bar, fresh fish, and a variety of small and large plates - making it the ideal gathering place for groups small and large.

At its core, The Ordinary is a celebration of fishermen of the Lowcountry and the matchless seafood of the East coast.

'The Ordinary' earns praise for its food and concept

The Rarebit's copper mugs being pilfered