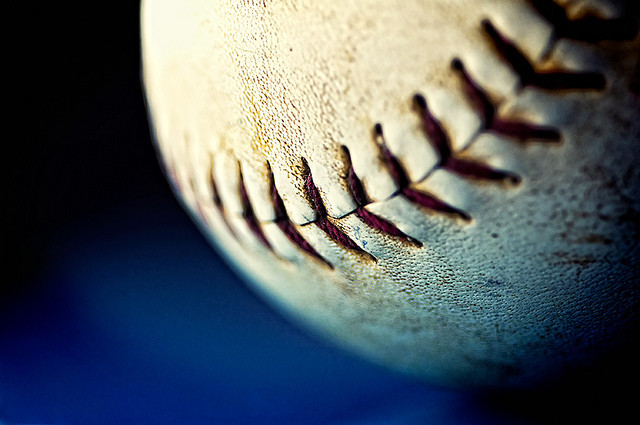 11:55 am on Saturday May 28, 2011 | Posted by Ken Hawkins
CofC baseball heads into SoCon semi-finals (update: a win and another round against Georgia)

Update x2: Charleston wasn't able to pull it off; get the update here.

Update: The College of Charleston has bested Georgia Southern 9-1 and with Samford having beaten Appalachian State, Charleston and Georgia will play again at 5 p.m. today.

The winner of that game will go on to face Samford in the final on Sunday.

First reporting: The College of Charleston got its worth out of four extra-base hits as it pushed all of its runs across on multi-baggers to eliminate Western Carolina 4-2 and advance in the Southern Conference Baseball Championship.

To head into Sunday's final, the local team will need to not only win that game but a 5 p.m. game against the winner of ﻿No. 3 Samford vs No. 6 Appalachian State﻿.

A press release from the night's game is below, and you can get the box score over here. The Post and Courier﻿ has a solid write-up as well.

Western Carolina will conclude its season with a 23-31-1 record.

Cougar starter Christian Powell threw 114 pitches in 7.0 innings of work to pick up the win and improve to 8-1 on the year. Powell tied a career-high as he struck out eight Catamount hitters and only gave up two runs on eight hits while walking two. Credited with the loss for Western Carolina was Kyle Stewart, who fell to 0-4, after tossing 6.0 innings of baseball and fanning a career-high-tying 10 batters. Stewart only gave up two runs on three hits and four walks in his effort.

Marty Gantt, the Charleston first baseman, led all hitters with a 4-for-5 night at the plate, including two doubles, an RBI, a run scored, and a stolen base.

Western Carolina scored first in the opening inning to take the lead against Charleston. Tyler White picked up the RBI in the first when he brought Matt Johns home with a groundout to second. But after two hits in the inning, the Catamounts could not do any more damage.

The Cougars put single runs across in the fourth and fifth innings off doubles from Cole Rakar and Gantt, respectively. In the fourth, Matt Leeds led off the inning with a walk and scored off Rakar's double, and Rob Harding, who started the fifth with a walk, scored when Gantt ripped his double.

Charleston doubled its run total to four in the seventh inning when Matt Leeds sent two runners home on a triple that bounced around in the right field corner. Gantt started the Cougar rally in the inning with his second double of the game and Rob Kral followed with a walk. With two runners on base, Leeds sent a 2-1 pitch to the right field corner that bounced off the ground and the top of the wall, but never left the field of play, for a triple and move the CofC lead up to 4-1.

Western Carolina responded in the bottom half of the inning by getting one of the runs back. Aaron Attaway and Cody Jones started the Catamount inning with consecutive singles and each advanced a base when Austin Schultz hit into a fielders' choice. Johns would hit a sacrifice fly to centerfield to score Attaway and give the WCU its second run of the game.

Matt Johns went 1-for-4 with a double, a run scored and a RBI while Jones went 2-for-3 from the plate for the Catamounts.