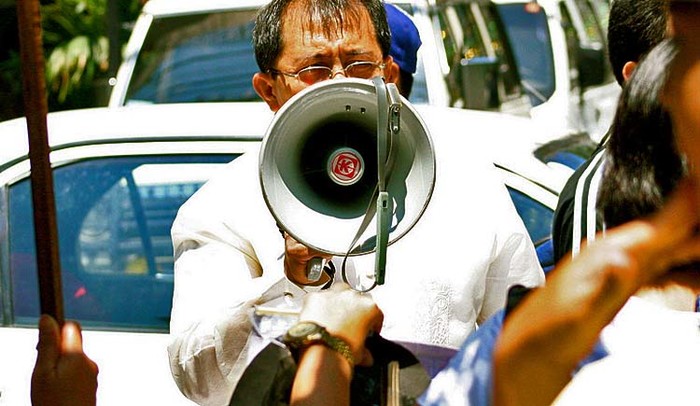 5:33 am on Monday June 8, 2009 | Posted by Ken Hawkins
Rally in North Charleston to protest Sanford's approach to unemployment

Update June 8: The protest was a success. Fed up locals came out with signs and high spirits to listen to state officials demand Governor Mark Sanford to refocus and fix the unemployment problem facing South Carolina.

Check out our photo gallery from the protest, and take a look at Flickr user wjhamilton 29464's.

Sick of year-after-year of relatively high unemployment, groups are holding rallies across the state today to tell Gov. Mark Sanford to get serious about jobs in the Palmetto State.

Read more stories on this subject in our unemployment topic page.And, yes, though Sanford has been forced to allow the stimulus money, the group says: "The rallies aren't really about the stimulus money, even though we are pleased with the Supreme Court's ruling. Instead, this is about a Governor with one of the worst jobs creation records South Carolina has ever seen.

"Our unemployment rate is at an all time high, much higher than states like North Carolina and Georgia. He has a year and a half left as Governor, and the purpose of this rally is to ask him to concentrate on actually being Governor rather than his national ambitions. People are hurting more in South Carolina than other states, and we need our Governor to help."

But, here's all the details from an e-mailed release:

On Monday, June 8, concerned citizens from all over South Carolina will hold rallies to demand that Governor Mark Sanford put aside his national ambitions and instead address the jobs crisis the state is currently in. South Carolina’s unemployment rate is at a record high and teachers are being fired throughout the state. Law enforcement budgets have been cut to the bone.

Rallies will be held at noon in Greenville, Florence, and North Charleston. A 5:30 PM rally will be held in Columbia. Locations and speakers are as followed: