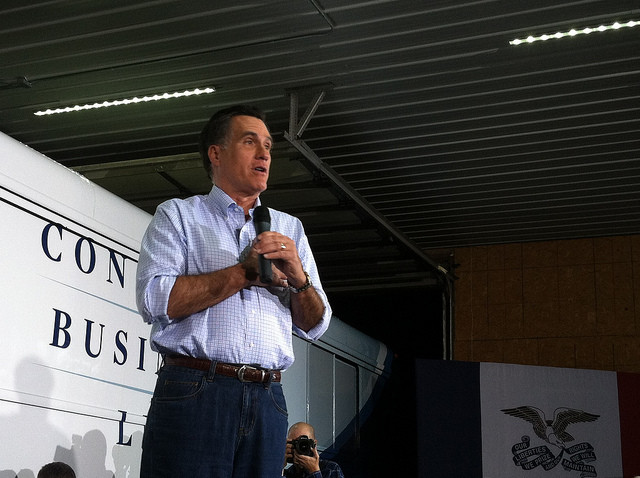 Image by Flickr user WEBN-TV With two primaries won, Mitt Romney is eying the "First in the South" win.

With the New Hampshire primary complete and Mitt Romney having pulled in a first-place 39.4% of the vote, all eyes are on South Carolina's January 21st "First in the South" primary.

And so far, things are looking good here for Romney: in a January 4-5 poll, the candidate earned a 37% score to a next-best 19% by Rick Santorum.

However, no one is content to just let the chips fall, candidates will be busy traversing the Palmetto State. Below is a blow-by-blow from the S.C. GOP (with local appearances﻿ bolded and italicized).

Appearing locally will be Gov. Jon Huntsman, Gov. Rick Perry, Sen. Rick Santorum, and Cong. Tim Scott with Gov. Mike Huckabee﻿. And note that you'll be able to catch the Myrlte Beach SCGOP-Fox News Channel-Wall Street Journal Presidential Debate﻿ on January 16 at 9 p.m. on TV. There will also be a Charleston debate on January 19, but a time and candidates have yet to be listed.

At a to-be-determined time with a yet-to-be confirmed candidate list, CNN and the Southern Republican Leadership Conference are slated to hold a debate in Charleston.