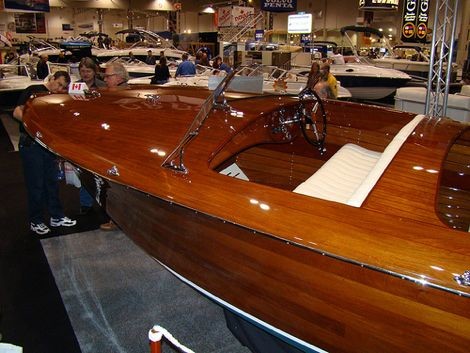 The 29th Annual Charleston Boat Show was the subject of a Boston Globe article today. Citing the faltering economy, the Globe wonders if this year’s show will attract real buyers.

Exhibitor space is sold out at the Charleston Area Convention Center, but it remains to be seen whether the show attracts buyers. Boat sales were off 30 percent nationally for the year ending in November, according to the National Marine Manufactures Association in Chicago.

I can see Charleston’s climate attracting more attendees than, say, New York, where attendance at recent large boat shows has been low. But I can’t see many locals buying boats, unless, of course, they want to shove off shore and disappear for a little while.

But what do I know? Maybe a new boat is just what people – and the economy – need.

Brunswick Corp. sank its Sea Pro line of fishing boats and laid off 175 workers at its Newberry plant northwest of Columbia in May. Five months later the company said it would eliminate 270 jobs by closing its U.S. Marine boat yard near Wilmington, N.C. In August, Cobia Boats said it would shutter its Marion, N.C., plant and put 68 people out of work.

Does Charleston’s Boat Show signal an upswing in the economy, or just some out-of-work boat lovers whiling away the afternoon?

More from the article:

Charleston's boat show chairman, Tim Clark, said he and other boat dealers hope the show provides a glimpse of the boat market in 2009.

"We are all looking forward to the show as a bellwether for what the rest of the year might be for us," Clark said. "We are cautiously optimistic."

The Post and Courier recently ran a similar piece. Here's a snippet:

But the co-owner and sales manager for Longshore Boats near Daniel Island, who also happens to be chairman of the event, is optimistic the exhibition will buoy dealers' spirits and, hopefully, their sales.

The show takes place at the North Charleston Coliseum, from January 23-25. Check out the Web site for more details.