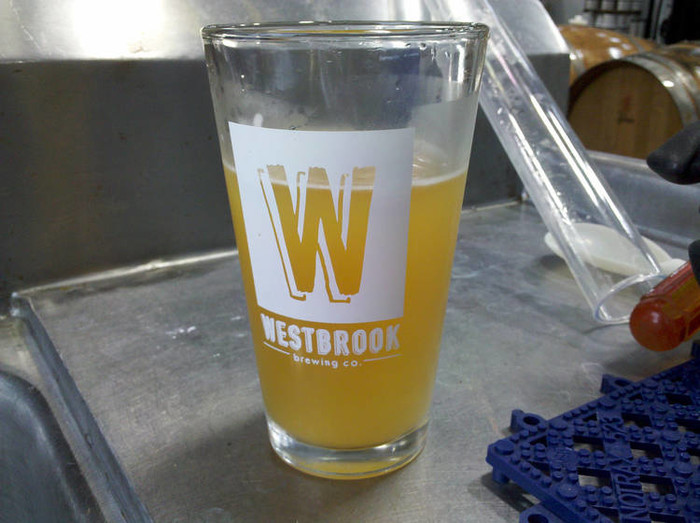 Westbrook Brewing will be celebrating their first anniversary over the next two weeks, with two events at the brewery that are sure to please their hard-won fans.

The first event, held on Thursday, December 15th during their regular tour and tasting hours of 4 p.m. to 7 p.m., is a couple of "firsts" in and of itself.  It's the first bottle release for Westbrook, and your first oppotunity to take beer home that has spent time in that most enchanted of rooms, the barrel room.  Three varieties of their Tripel (8.3% ABV, B+, XX) will be available in 750mL bottles, each aged in a different type of wine barrel.  To quote their newsletter (and not risk goofing this up) the barrels were: "2008 Whetstone Bella Vigna Pinot Noir (French oak), Rombauer single-vineyard Cabernet (French & American oak), and Tiger Mountain Malbec (American oak)﻿."  You'll also get a chance to purchase 22oz bombers of their smooth, delicious, Spaceballs-inspired Dark Helmet Schwarzbier (5.9% ABV, A-, XX).  This one has been out on draft for a few weeks, so you may already know what you're in for.

The following Tuesday, December 20th, is the ﻿pièce de résistance.  Westbrook will be holding a beer dinner that night INSIDE the brewery, with food from Queen Anne's Revenge.  The menu for this five-course affair has not been release yet, but it will kick off at 6:30 p.m. with some appetizers and reception beer.  Tickets will run you $75 per person, plus tax and tip.  Call (843) 654-9112﻿ for reservations.

Whether you make it out or not, raise a pint or can (poured in a beer-clean glass) of Westbrook this week and let's celebrate another Lowcountry brewing success story.  Here's to Edward and Morgan, and the years & beers to come!

Westbrook Brewing is located at 510 Ridge Road in Mount Pleasant, and that toast is incredibly cheesey.