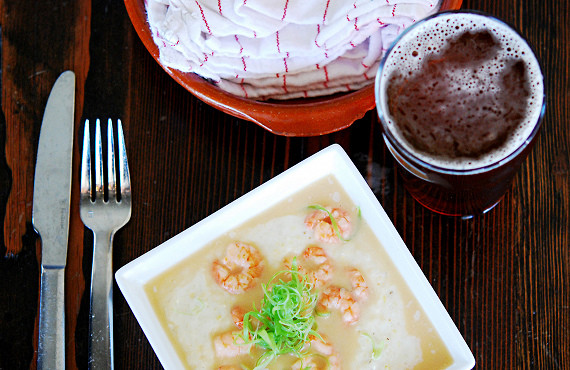 7:00 am on Monday November 2, 2009 | Posted by Amanda Click
The Beer for Breakfast Dinner: Proving dreams really do come true (updated)

In a dual anniversary celebration, Charleston culinary legend Robert Stehling of Hominy Grill will partner with Rich Carley and Scott Shor, owners of The Charleston Beer Exchange on Sunday, November 15 for Bacon, Eggs & Beer: The Beer for Breakfast Dinner.

Check out the press release below:

The timing is no accident: November marks the one-year anniversary for the peninsula’s craft beer headquarters and the thirteenth for the pioneering Rutledge Avenue restaurant. “As a small business owner, I feel that it is important to celebrate successful local businesses, which is why I wanted to collaborate with Rich. After tasting his beers, you’ll become a loyal customer just like me,” laughs Stehling.

Tickets for the dinner are $55. For more information or to reserve your spot, please call Hominy Grill at (843) 937-0930 or shoot an email to beerdinner@hominygrill.com.

We've got our hands on some of the menu highlights.

Feast your eyes on this: