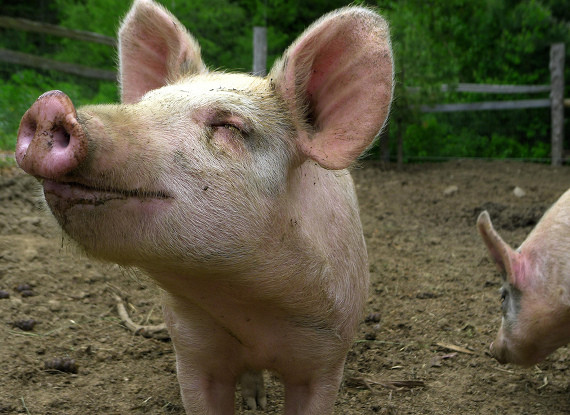 Update December 28: While you await the January 22 main culinary fundraiser, you can get your helpful tastebuds on in advance with a "Barn Raiser" cocktail.

The drink is a ﻿mix of local honey-infused Maverick bourbon, Blenheim’s ginger ale, and orange bitters﻿, and $2 of every one sold goest to Keegan-Filion Farm.

The cocktail is being offered at Slightly North of Broad, High Cotton and the Old Village Post House through the end of January 2012.

First reporting: Earlier this month, Walterboro's Keegan-Filion Farm suffered a devastating fire that claimed the lives of over 100 turkeys, destroyed an entire barn, farm tools, and a store of animal feed. Now, the local culinary community is banding together for a fundraising event to help out their friends on the farm.

As word of this tragedy spread through Charleston, Patrick Properties Hospitality Group immediately decided to jump into action. In order to meet our fundraising goal of $20,000, PPHG enlisted the help of some of Charleston’s finest chefs. According to Randall Goldman, Chief Executive Officer of PPHG, “the beautiful part of this is that no solicitation was really involved. Once the ball started rolling, people just asked us where to show up. It really speaks of the generosity of the culinary community in Charleston that so many people are ready and willing to help out.”

The event will be held January 22nd from 1-4 p.m. at Lowndes Grove Plantation in downtown Charleston. They will have many of the areas best chefs on hand to cook and we will also have an oyster roast on the banks of the Ashley. The ticket price is $50 and that includes admission and food. Beer and wine will be available for purchase.

Participating chefs have now been confirmed and they are: