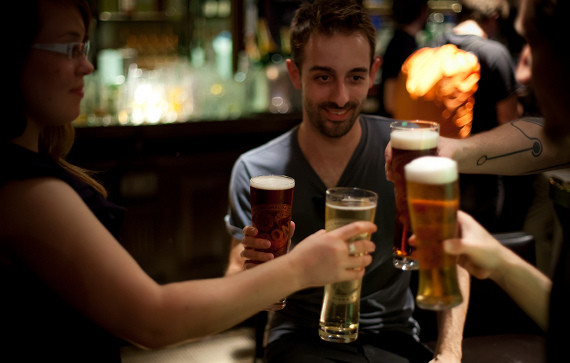 6:15 am on Wednesday July 11, 2012 | Posted by Amanda Click
Tickets to the second annual Charleston Pub Crawl on sale today

Regional environmental advocate and champion for clean water throughout the southeast, SweetWater Brewing Company officially signed on as Presenting Sponsor of the second Charleston Pub Crawl which will be held on Saturday August 18.

SweetWater Brewing Company’s commitment to clean water initiatives attracted the organizers of The Charleston Pub Crawl to the Atlanta-based brewing company. Their shared philosophy was made clear when after a recent fundraiser benefitting the Upper Chattahoochee Riverkeeper, SweetWater Brewing Company’s founder Freddy Bensch stated, “It’s inspiring to see the people come together to help save one of this city’s most precious natural resources. Which of course, we love because a clean Chattahoochee River gives us the clean water we need to keep making great beer!”

This year's crawlers can either go on a guided pub crawl with SweetWater’s movers and shakers, or chose to do a SweetWater scavenger hunt crawl.

To ensure responsible drinking, the restaurants will also be “selling” their clean, Charleston tap water for a one dollar donation, with 100% of those proceeds going to The Charleston Waterkeeper.

Tickets for the Charleston Pub Crawl (which runs from 1 to 9 p.m.) are $25 and are available online.