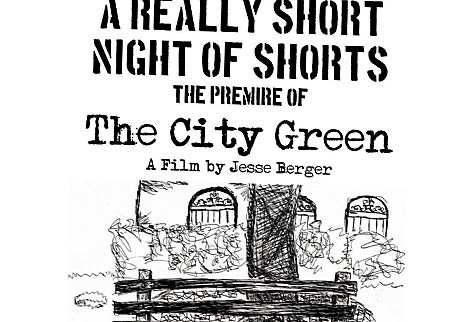 12-minute short film "The City Green" was shot at and will premiere at local coffee shop City Lights. The film will be played along with two other shorts, but first, a bit about the headliner.

Jesse Berger writes on his blog about his film "The City Green:"
I shot this film at the end of summer and just finished it a few weeks ago. I've been trying to think of how to pitch it, here's my best shot: No dialogue, one actor, a refined look at a person losing their mind. ...

Above everything else, this film is an ode to some of my favorite places in Charleston.

Berger continues about two other 3-minute films to air that night:
The other two films screening are a cool stop motion animation by Kyle Hilliard called 'Andre the Miniature,' and Sarah Jones's 'Blausaure,' a well photographed and directed noir short.

Read loads more about the short at Berger's blog, or see some of his other work on YouTube.

It's a tiny space, so be prepared to say hi to your neighbor (but that could be a good thing).