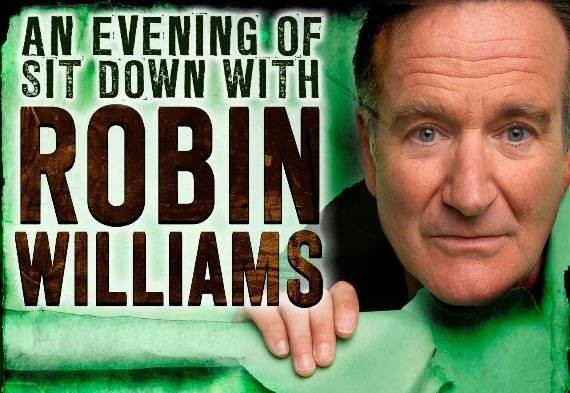 Academy Award-winning actor and multiple Grammy Award-winning performer unparalleled in the scope of his imagination, Robin Williams will be performing for one night only at the North Charleston Performing Arts Center on January 25, 2013.

Well known for his free-associative monologues and for pointing out life's absurdities through his astute social and political observations, Williams performed 90 shows in 65 cities before 300,000 fans over the course of his most recent stand-up tour. Born in Chicago and raised in both Michigan and California, he trained at New York's Juilliard School under John Houseman. It was in 1978 when Williams first captured the attention of the world as "Mork from Ork" on the hit television series, Mork & Mindy which ran on ABC for four seasons.

He then made his cinematic debut in 1980 when he starred as the title character in Robert Altman's Popeye. His additional film credits include The World According to Garp, Moscow on the Hudson, Good Morning Vietnam, Dead Poets Society, The Fisher King, Hook, Mrs. Doubtfire, Jumanji, The Birdcage, Good Will Hunting, Patch Adams and Night at the Museum.

Robin Williams will be appearing along with comedian and director David Steinberg for an evening of laughs at the North Charleston Performing Arts Center. Performance time is slated for 8 p.m.

Reserved seats go on sale Monday, November 12 at 10 a.m. at the Coliseum Advance Ticket Office, Ticketmaster outlets, by phone at (800) 745-3000 or online at Ticketmaster.com.