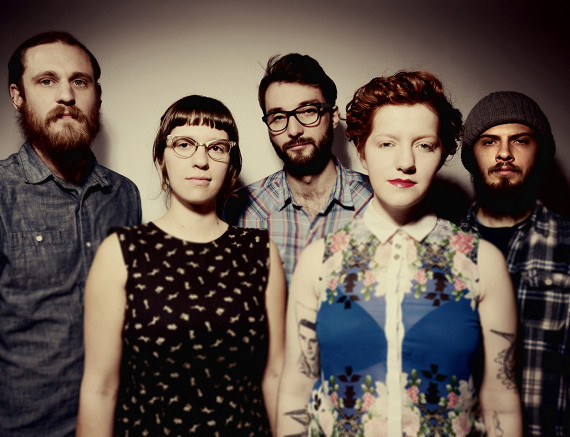 It has been nearly a year since Joy Kills Sorrow first took the stage in Charleston during the Spoleto Festival, and their upcoming show at The Pour House on Wednesday, April 3, cannot come soon enough.

Hearing is believing when it comes to Joy Kills Sorrow, and their live show is truly something magical. With the string-band folk-pop revival happening all around us these days, it isn't easy for bands to stand out. However, that's not the case at all for these folks.

What I can only describe as new-grass folk-pop, the band's brand of music is clearly inspired by the folk music of rural Appalachia, but is tinged with an indie sound and killer lyrics. To top it off, the band's singer, Emma Beaton, has the voice of a damn angel. Beaton uses that voice of hers to either sass you ("But Now I'm Free"), tell it like it is ("One More Night"), or tug real hard on the old heart strings ('Wouldn't Have Noticed"). It's also only fair to mention that she was nominated for "Traditional Vocalist of the Year" at the Canadian Folk Music Awards 2010 and won "Young Performer of the Year" at the age of 18 at the Canadian Folk Music Awards 2008.

Joy Kills Sorrow brings together an eclectic mix of musicians who each have classical and/or jazz conservatory training, though collectively, they ambitiously utilize their years of study to hone a new acoustic territory yet discovered by many of today's top artists. In short: it's beautiful string arrangements by musicians who grew up listening to indie-rock, jazz, and pop music that churn out impressive tunes with an incredibly contemporary sensibility.