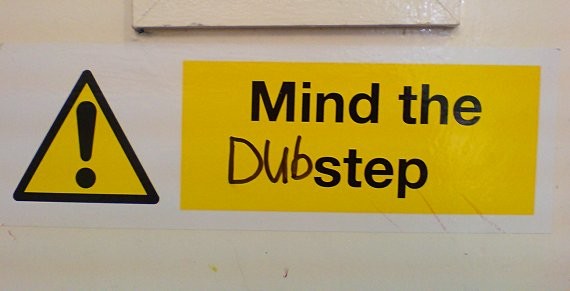 After Kulture Klash 5 was canvassed with fliers for the event, Bass Relief is primed to be a fun night of electronic music largely unheard 'round these parts:  dubstep.

On Saturday, November 21st, you too can enjoy the earth-shaking low-end at the Music Farm for $10 a head.  All proceeds will go to benefit KAMRA, or the Kirker African Medical Relief Association.

With roots in dub reggae, drum 'n bass, and UK garage, dubstep is mainly famous for extreme sub bass-lines and odd, half-stepping "riddims" (that's how the kids spell it).

The genre began in the underground scene in the UK in the early 00's, but was brought to a creative head by UK producers like Skream, Burial, and Kode 9.  More recently, some U.S. DJs have joined in (most notably Joe Nice), and dubstep parties have been happening in major cities ever since.

Before the genre falls prey to the next big thing, it will be brought to everybody's favorite Ann Street shack by a list of North Carolina-based DJs and producers, including Mindelixir, Medisin, Selector Cleofus, and DJ Dough Boy.  Charleston-based producer, Pericles, rounds out the line-up.