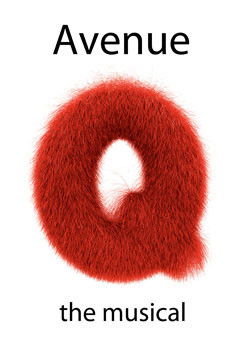 Image by Image Courtesy of Charleston Stage A Wacky Walk Down the Street of Life!

A Wacky Walk Down the Street of Life

”One of the funniest shows you’re ever likely to see” raved Entertainment Weekly when this off-beat and imaginative musical grabbed the Tony Award for Best Musical in 2004.  Featuring naughty puppets, live performers, and an award-winning score, Avenue Q follows the adventures and misadventures of a fresh-faced college graduate named Princeton who sets out for the big city to find his purpose in life.  But young Princeton still has lessons to learn, and the freaky, furry folks who live on Avenue Q are only too happy to guide him on his way.  Recommended for mature audiences.  Adult language and themes.

Age Suitability:  Teens on up

Head to the source at charlestonstage.com