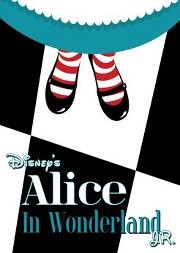 Join Alice, White Rabbit, the Tweedles, and the rest of the Wonderland crew in their adventures through Wonderland as they outwit the Queen of Hearts and her entourage of playing cards. Featuring such classic Disney songs as "I'm Late," "The Un-birthday Song," and "Zip-A-Dee-Doo-Dah," and starring 63 of Charleston Stage's SummerStage Musical Theatre Camp members.

Dock Street Theatre, 135 Church Street, downtown Charleston. Box Office Hours: Monday-Friday 1 to 5 p.m.  (Open Saturday at 1 p.m. - curtain only on performance days.) The event box office and Will Call opens one hour before showtime and closes 15 minutes after the start the show. (843) 577-718.