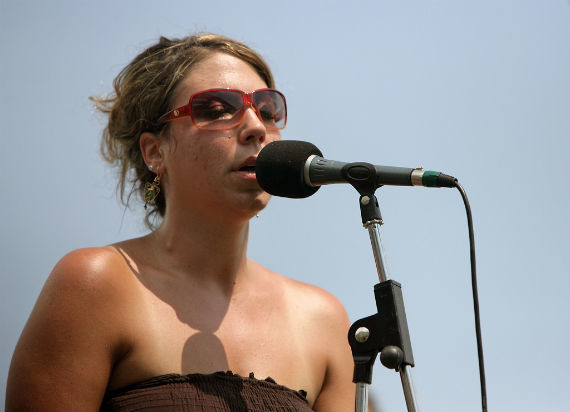 Are you ready to fall in love with another local musician?

Elise Testone is a bluesy local singer/songwriter that's coming up in the industry, having already opened for acts such as Snoop Dogg, Nappy Roots, Kevin Costner's band Modern West, and Seven Mary Three.

She not only performs solo--she also plays with three other Charleston groups: The Freeloaders, James Brown Dance Party, and Slanguage.

Testone, who's also a vocal coach, puts great emphasis on technique, saying, "I absorb every single sound and put it into my music. And if I can’t feel it, I won’t fake it.”

Want to fall in love even more? Come see Testone every Thursday from 7 to 10 p.m. at Fish restaurant (442 King St.), and then hop across the street to Juanita Greenberg's Nacho Royale (439 King St.) to watch her close out the joint.

In the meantime, though, catch some of her tunes at her MySpace page and read more about her over at Charleston Magazine.﻿