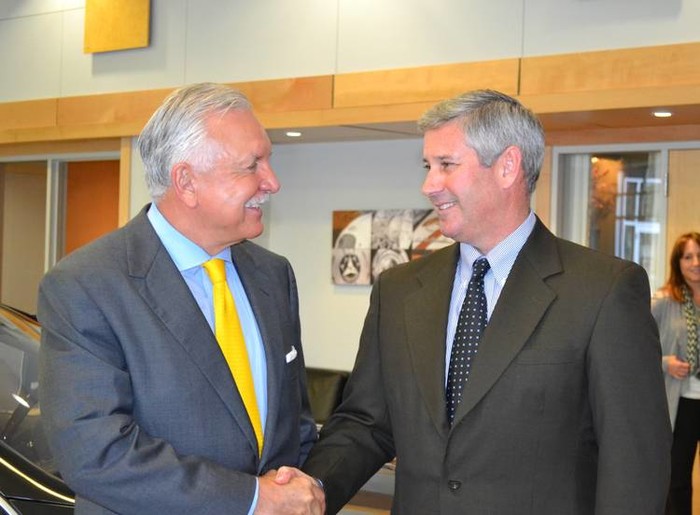 “We are going through an expansion right now and Baker Motor Company is evolving,” said Baker. “Bill Gironda is a man of character, he’s smart and he knows the business; more importantly he knows our business. His leadership is important for the future and prosperity of the company.”

Gironda’s role is to oversee operations of all three Baker dealerships including Baker Motor Company on Savannah Highway, Baker Motor Company of Mt. Pleasant on Highway 17 North, and Baker Cadillac on Johnnie Dodds in Mt. Pleasant.  Baker General Managers will report directly to Gironda and he will be instrumental in making key decisions for the company’s daily operations as well as long term planning.

Gironda and Baker’s relationship rekindled over the past couple months after knowing each other for approximately 20 years. The two met when Baker first became Charleston’s Infiniti dealer through Gironda’s supervisor at the time and Baker’s close friend Ed Sherman, Infiniti East Region vice president.

“Professionally, this is the most important time of my life. It is an honor to work alongside Mr. Baker and oversee this amazing operation,” said Gironda. “I aim to continue to extend Baker Motor Company individually and professionally by offering premiere customer service and building on the reputable Baker brand.”

On Monday, Jan. 16, 2012 Gironda will move across the street to Baker Motor Company from Rick Hendrick Imports BMW where he was the General Sales Manager for six years. During his tenure, the dealership won BMW’s highest honor, the "Center of Excellence" Award, for three consecutive years.

After growing up watching his father and uncles own and/or operate car dealerships Gironda said, “The car business definitely gets into your blood.” The new vice president started his automotive career in 1986 for Nissan Motors handling sales, consulting and merchandising management roles throughout the Northeast for 11 years. He was specifically employed with Nissan’s Infiniti Brand, after he helped launch the luxury brand. His later position with BMW North America brought him to Charleston where he handled BMW sales and marketing management for the Carolinas and Georgia.

Gironda resides in Mt. Pleasant with his wife of 20 years, Donna, and two daughters, Nicole and Jennifer. The New Jersey native calls Charleston home for his family where they enjoy spending time on the beach, boating and playing golf. Gironda looks forward to serving Charleston residents as the new vice president of Baker Motor Company.

Head to the source at bakermotorcompany.com