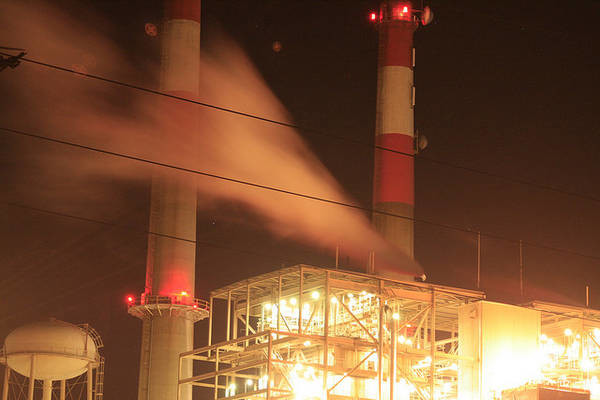 5:04 am on Thursday December 20, 2012 | Posted by
Environmental groups file suit against Santee Cooper (Update: lawsuit a go, plants to close by year end)

update at the bottom

First Report 6/7/12: State-owned Santee Cooper is facing a law suit over discharges of toxic arsenic which environmental groups say is draining into the Waccamaw River in Conway.

The lawsuit comes in on the heels of the recent changes to S.C. H.4654 legislation which "bars certain suits by citizens groups against companies for violation of South Carolina’s pollution control law."

The Legislature banned citizens pollution suits Wednesday, but environmentalists say their case is valid because it was filed before Gov. Nikki Haley signed the bill. Haley spokesman Rob Godfrey said the governor put her signature on the bill Wednesday afternoon but did not say what time.

Currently, it appears that Santee Cooper's plans for the harmful coal ash is for it to sit in lagoons which causes the byproducts to seep into the groundwater and Waccamaw River. A Santee Spokes person has acknowledged contamination in groundwater beneath the Conway coal plant but they say their testing has shown no arsenic in the Waccamaw River.

Read The State's full write-up on the pending lawsuit.

The ash from coal is commonly refereed to as Fly Ash and, according to an article on Wikipedia the dangers could be great:

"Where fly ash is stored in bulk, it is usually stored wet rather than dry so that fugitive dust is minimized. The resulting impoundments (ponds) are typically large and stable for long periods, but any breach of their dams or bunding will be rapid and on a massive scale.

In December 2008 the collapse of an embankment at an impoundment for wet storage of fly ash at the Tennessee Valley Authority'sKingston Fossil Plant resulted in a major release of 5.4 millon cubic yards of coal fly ash, damaging 3 homes and flowing into the Emory River. Cleanup costs may exceed $1.2 billion. This spill was followed a few weeks later by a smaller TVA-plant spill in Alabama, which contaminated Widows Creek and the Tennessee River."

You can read more about the Tennessee Fly Ash disaster over at Duke.edu, additionally there is an article about Arsenic From Coal Ash Disposal Sites Leaching Into Groundwater which reads in part:

This all in the wake of the news that Santee Cooper is raising rates by nearly 10% over the next two years to fund nuclear power plants. Head over to Reuters for some news on their nuclear partners. Some more info regarding emission data, pollution controls and ash damns on Santee's Conway plant can be found over at SourceWatch.org

Update 8/13/12: David Wren over at The Sun News has a very extensive write-up on the situation at the Grainger power plant.

The Conway plant has been shut down since May and has been at odds with environmental groups over the coal ash ponds, which as reported above, could seep Arsenic into the groundwater and Waccamaw river. The coal ash ponds are just some small retention pond size bodies, the ponds,

...total about 82 acres, or more than three times the size of the lake at Broadway at the Beach...

Santee Cooper has no plans to remove the coal ash or fill in the ponds at this time and they are expected to remain even with the fate of the Grainger plant's future being uncertain.

Additionally, according to The Sun News piece, environmental groups say that the coal ash ponds could dump,

650,000 tons – the equivalent of more than 30,000 double-axle dump truck loads – of coal ash into the Waccamaw River in the event of a hurricane, flood or other natural disaster. The only thing separating the ponds from the adjacent river are berms made of soft clay and silty soil.

The Sun News piece is a great read and talks more about groundwater testing due to the Conway plant since the 1990's and how the new legislation could thwart the lawsuit and allow for companies to continue to endanger our lives and environment in the state of South Carolina.

Hop on over to The Sun News and give it a read.

According to the Post and Courier a judge has ruled that the lawsuit can move forward, "meaning the power company must provide information in court about its disposal practices and cleanup plans." The environmental group wants Santee Cooper to clean the coal ash ponds out and allege that the dangerous chemicals have seeped into ground water and the Waccamaw River.

Hop on over to the Post and Courier for the full write-up.

Additionally, Santee Cooper will be shutting down a total of four coal fired power plants on December 31st of this year.