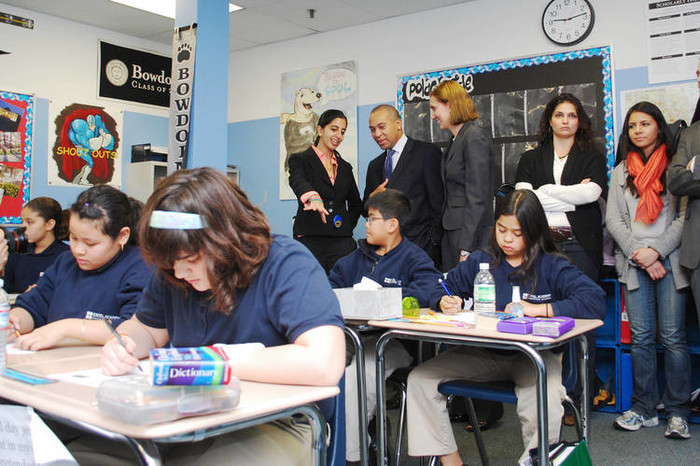 The new 22,000 square foot facility will be built modularly and construction begins in October. The Sun News has a brief write-up and that's here. Bridgewater Academy was the first charter school in Horry County and the first one to have it's license to operate renewed as well. For more back story on Bridgewater and other charter schools in Horry County, just scroll down.

The Hope Academy, located in Conway, will prepare students for college with a strong focus on foreign language. Spanish and Chinese being the primary second languages the students will learn, both will be crucial for the next generation of business leaders.

Head on over to WMBF News for the full write-up and watch their broadcast report.

For some background on all the local charter school drama read the past updates below.

Update 6/28 (Board votes, approves): The Horry County School board passed a vote on renewing the charter for Bridgewater Academy.

They also approved to authorize a new charter school. For more details, see the WPDE coverage. According to The Sun News write-up on the same meeting, the Bridgewater decision is the first renewal of a charter school in Horry County.

Update 6/17 (Legal Trouble): Palmetto Academy of Learning and Success﻿, the other charter school mentioned in the first report below, has received a breach of contract lawsuit from a local church. Vicki Grooms at The Sun News has all the details.

Update 6/10 (Trying Again): The CLA hasn't given up just yet. They have decided to pursue alternate plans. The Sun News tells us what they intend to do based  changes to district funding. Read it here.

First report: On Monday night the Horry County Board of Education met to discuss the possibility of adding more charter schools in the county.

Currently Horry County has two charter schools, ﻿Bridgewater Academy and Palmetto Academy. Both schools service K-8 grades and have an average class size of about 18. ﻿﻿Two more schools are slated for Horry County durring the next school year.

One such school looking at opening its' doors is The Academy of Hope﻿. The Academy of Hope looks to﻿ educate grades K-4 to start off with while adding a new grade every year until they reach 8th grade. While The Palmetto Academy for Learning Motorsports﻿ , a school for target at-risk 16- to 20-year-olds who teaches trade based learning and academics, looks to make the transition to an Horry County public charter school in the fall.﻿

The Bridgewater Academy charter school application is currently up for renewal.

Hear what Gov. Nikki Haley has to say about charters schools in South Carolina.

Charter schools in the United States are primary or secondary schools that receive public money (and like other schools, may also receive private donations) but are not subject to some of the rules, regulations, and statutes that apply to other public schools in exchange for some type of accountability for producing certain results, which are set forth in each school's charter.[1] Charter schools are opened and attended by choice.[2] While charter schools provide an alternative to other public schools, they are part of the public education system and are not allowed to charge tuition.﻿﻿

Horry County also has its fair share of private schools as well. Most schools are faith based and do not receive any funding from tax payers. They operate under a tuition based enrollment program.