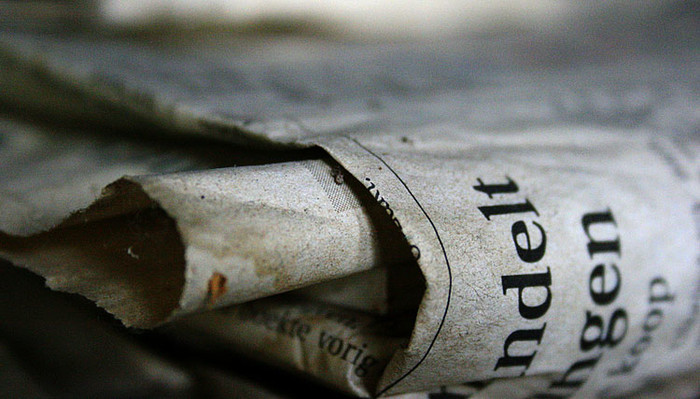 It's a sad and poignant example of declining newspaper ad revenue and capability.

I haven't picked up an edition of The State to confirm that count (they stopped rack sales in Charleston some time back), but regardless if the number is five, six, seven, or whatever, the decline in local reporting is happening.

But, I would like to spar with Kelly on one point -- actually, I think it's more of a clarification.

"We desperately need local and state level reporting, if for no other reason than to keep some accountability for elected officials. ... [Blogs] can't do much original reporting because we don't have a viable revenue model to actually do this for living."

Once you distill his statement, I have no qualms, but the implication is that without newspapers we will have no good local reporting.

We've got to move this discussion away from saving newspapers.

The newspaper model could very well be blocking better coverage of communities. Let me explain.

The newspaper's print edition is dying, and at best can hope to live on in the future as premium product that targets niche audiences. And the newspaper's Web product is dying for the same reason that most bloggers can't go full time: Online advertising models suck. Plain and simple.

Now, the impulse is that once we figure out online advertising that newspapers will be able to go on living and the status quo can be maintained. -- But newspapers are often large and filled with layers of inefficiencies.

It's a point that Xark! has already tackled in some detail:

Newspapers may be failing, but most do a passable job of limiting serious competition in their markets. What succeeds in the shadow of an established metro, therefore, may not be what ultimately winds up contending for the market positions vacated by Old Media giants.

The decline (or outright loss) of newspapers will cause a loss of local reporting -- but it's an act that will free up vast amounts of advertising revenue that will allow for many new and far more efficient local reporting operations to thrive.

And like most industries, the journalism industry could well grow by leaps and bounds once the inefficient monopolistic players are gone.