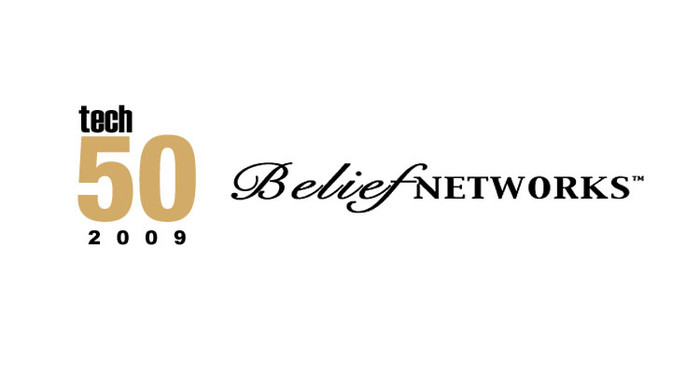 Update June 8: Looks like the company has also drummed up a $2 million investment.

Generators of "semantic intelligence and predictive analytics," BeliefNetworks has been named on the 2009 on the TechJournal South 2009 Tech50 list.

It's always great to see Charleston get some attention for its technological merit.

Think that I gave the BeliefNetwork an e-mail buzz and this is what they had to say about the mention, themselves, and Charleston:

We believe that the southeast, and especially the Charleston LowCountry area, has much to offer over and above several other tech centers in the world. We founded BeliefNetworks in hopes of creating a successful startup that would be a model and catalyst for future entrepreneurs in the area and provide foundational infrastructure at a core level.

We seeded our effort in Charleston with several senior software architects and engineers from our Silicon valley and PacNW network including companies such as Apple, Microsoft, and several successful startup exits. We then augmented these engineers with local talent to complete the founding team, and along with my own family background, cement our ties to the region.

Here's more information about the announcement from a press release:

TechJournal South is the business publication for the southeast's business community. Its third annual Tech50 list is composed of the top most innovative, privately held companies in the region.

"To be included in this list of tech industry leaders among the southeast is truly an honor for BeliefNetworks," said Lisa Maki, president and co-founder of BeliefNetworks, Inc. "We're working hard to develop products that will revolutionize the Web publishing industry, and it is a great feeling to be recognized by our fellow colleagues."

The list selection criteria focused on a variety of areas including the uniqueness of the Company's technology, management teams, market potential and market execution. Nominations were sought from venture capitalists, entrepreneurs and economic development executives in the area.

"The Tech50 companies all have strong unique technology positions and are poised to be the leaders in their respective industries," said Eric Gregg, Publisher of TechJournal South. "We feel these are companies the Southeast region should take strong note of if they haven't already. They represent the future leaders of the region's technology economy."