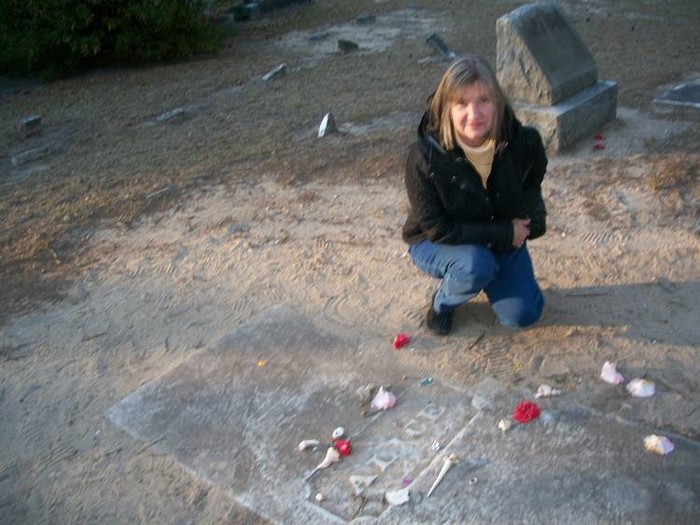 The sun was setting near Pawleys Island and it was a cool evening.

“I’m going to the car to warm up. You look for it,” Marcia pleaded. Hurrying past tombstones and Spanish moss and hoping the gate would open easily from this side, she headed for the warmth of the car. The phone rang; our daughter was checking in.

“What are you all doing,” she asked?

“We are in All Saints Cemetery looking for Alice’s grave,” Marcia answered.

“Everybody knows about Alice Flagg,” said the mournful looking woman giving us directions to the cemetery. “Alice was 16 when she died and the most beautiful girl at the Charleston debutante ball. She wore a long white flowing dress.” Her voice dropped to a whisper, “she still wears that dress….”

The story of Alice is a ghost story as well as a love story.  Romeo and Juliet, as well as Heathcliff and Catherine could do no better. Taking place, or not as some argue, around the Wachesaw Rice Plantation in what is currently Murrells Inlet, it is based on some historical fact. Like many legends, it involves adventure, difficulty and forbidden love. We decided to check it out.

It began on the Wachesaw Rice Plantation and The Hermitage plantation home in the 1840’s. Alice’s father, patriarch of the wealthy Flagg family, passed away and Alice and her mother went to live with Alice’s brother, Dr. Allard Flagg. Dr. Flagg was a serious minded young physician and was less than pleased, when young Alice began seeing a man in the lumber and turpentine business. Alice’s mother also felt he was an unsuitable suitor for the rice plantation aristocracy. Alice was forbidden to see him again.

Alice met with her suitor in secret and an engagement and ring soon followed. Alice wore the ring on a ribbon hidden under her clothing. Her brother and mother, in an effort to help Alice forget her love interest, sent Alice to boarding and finishing school in Charleston.

At school, a forlorn and heartbroken Alice began to lose weight and became increasingly very ill. She was comforted by the engagement ring on a ribbon around her neck. After urgent messages and braving days of travel in stormy weather; Dr. Flagg brought Alice back home to The Hermitage. There, he discovered the hidden ring and angrily threw it in an inlet creek. Alice died and was temporarily buried at The Hermitage until her mother could return from the mountains of North Carolina. Alice was then placed in the cemetery at All Saints Church.

Many claim to have seen Alice’s ghost.  They report a young girl in a white gown clutching for something around her neck or searching for her ring. The sightings occur at The Hermitage or around All Saints Church Cemetery.

Author Nancy Rhyne has written a novel, “Alice Flagg,” for which she did extensive research. She is experiencing health problems but we were able to speak with her son Gary Rhyne. Gary, as a young boy, traveled with his mother on research and remembered Clarke Willcox, a previous owner of The Hermitage, being very gracious to his mother and enthusiastic about her novel about Alice. Gary has a porcelain doll that Mr. Willcox gave his mother that once belonged to Alice. The doll is missing one eye. Gary quipped that his wife is not entirely enthused about their ownership of Alice’s doll.

Alice’s marble grave with the simple word, “Alice” inscribed on it was covered with offerings of flower petals and metal and plastic rings. The ground around the grave was bare. The legend states, with many variations, that walking around the grave backwards 13 times will invoke Alice. We decided not to try.

Visitors come in the thousands to visit the grave of Alice. They pass the graves of James Dickey, author of “Deliverance,” and former South Governor Carroll Campbell. The story of Alice touches a timeless chord. We interviewed several people about Alice and were amazed at the emotion in their voice. The theme of the Alice story is simple and universal. What matters most is love and unfulfilled love is the most tragic story of all.

Gordon Mercer is past president and on the Board of Trustees of Pi Gamma Mu International Honor Society and professor emeritus at Western Carolina University. Marcia Gaines Mercer is a published author and columnist. We love Charleston and have a place in nearby Garden City.